As ardent Zionists, the Kahans decided to donate their life savings to help Israel by strengthening Israeli tennis and by developing the next generation of Israeli champions. 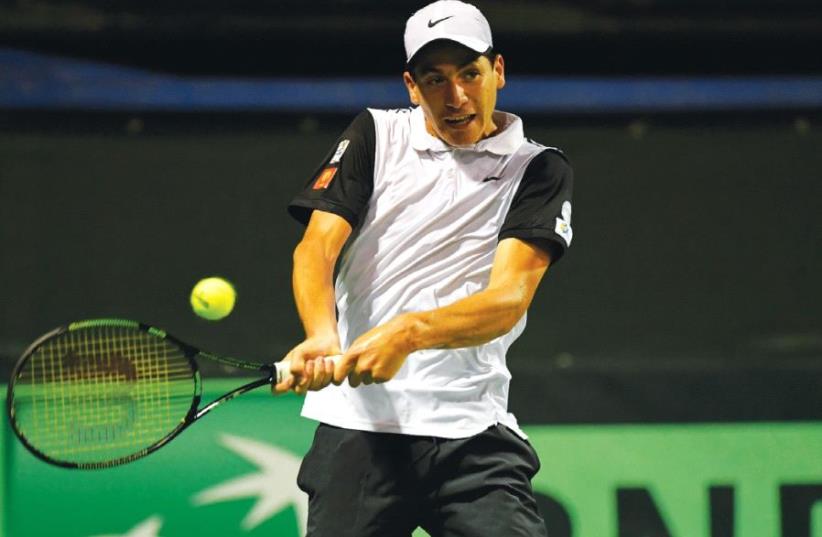 Yshai Oliel
(photo credit: ALEX GOLDENSTEIN/ISRAEL TENNIS ASSOCIATION)
Advertisement
Israel’s top up-and-coming tennis players will compete for an unprecedented financial prize later this summer, with NIS 100,000 in support on the line in a series of three tournaments.Only players under the age of 18 will be able to take part in the tournaments, organized by the Israel Tennis Centers thanks to a donation made by Holocaust survivor Michael Kahan and his late wife Anna.The first two events will be held at the tennis centers in Ramat Hasharon and Tel Aviv in July and August, with a third tournament that will only include the top players from the first two events to take place later this summer. The winners of the final tournament will each be awarded a NIS 100,000 prize.The players will be able to use the money to purchase equipment and to travel abroad for tournaments and training camps.Both Michael and Anna are survivors of the Holocaust, originally from Hungary. They settled in Queens, New York, and worked in the garment industry. They have one son and a granddaughter and grandson, both of whom played college tennis in Division I in the United States.As ardent Zionists, the Kahans decided to donate their life savings to help Israel by strengthening Israeli tennis and by developing the next generation of Israeli champions to compete on the world stage and serve as ambassadors for the country.Founded in 1976, the Israel Tennis Centers (ITC) is one of the largest social service organizations for children in Israel, serving over 20,000 children every year.“Thanks to his grandchildren and the big part tennis played in their lives, Michael decided to affect the future of Israel through this sport,” said ITC CEO Ari Strasberg. “The annual competition he is holding at the Israel Tennis Centers will help many youth players that aspire to represent Israel internationally to receive the best possible support in the hope that in a few years from now we will all enjoy the fruits of Michael’s vision.”