The finals of the Jerusalem Softball League will feature a pair of old rivals. 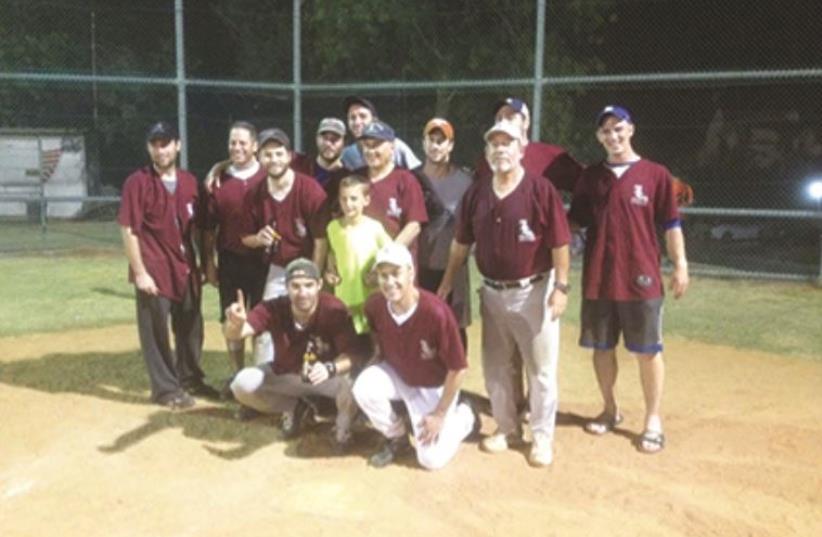 PHILIP STEIN’S SOX players pose on the field after their title-winning victory last week.
(photo credit: Courtesy)
Advertisement
Philip Stein’s Sox are two victories away from a three-peat after crushing the Bet Shemesh Suns 21-11 on Friday to reach the best-of-three fight for the championship against arch-nemesis Optica International.Starting pitcher Ariel Gilor allowed eight runs in the first three innings, but the Sox held tight. They entered the bottom half of the inning down 8-7 before scoring eight runs behind a grand slam by catcher Tzvi Harow.The Suns could only muster three more runs as the Sox continued to push the pedal. Sammy and David Tover combined for nine hits, four home runs and 11 RBIs, and Gilor contributed to his own cause by picking up three hits.In the opposite side of the bracket, Optical International flipped the script on the 2015 semifinals by getting redemption against the team that vanquished them last year, the Alan Deutch & Associates FBARS.OI jumped to a 7-1 lead before the FBARS came storming back to take a 10-9 lead after five innings before OI reclaimed control in the sixth on Aaron Katsman’s two-run homer.Pitcher Danny Gewirtz, who was nursing a sore hamstring, shut down the potent FBAR bats over the last two innings to help preserve the victory. Gewirtz will be playing in his fourth championship game.Aaron Grossman stood out at the plate, going 4-4 with three runs scored. The entire Schwartz family also made an impact – Yoni hit a two-run home run and Naftali tripled to drive in another pair. In the outfield, Akiva made a diving catch to help set up a rematch of the 2014 finals.