Blatt, who moved to Israel more than 30 years ago after playing for the USA basketball team in the 1981 Maccabiah, surprisingly was appointed head coach of the Cavs in 2014. 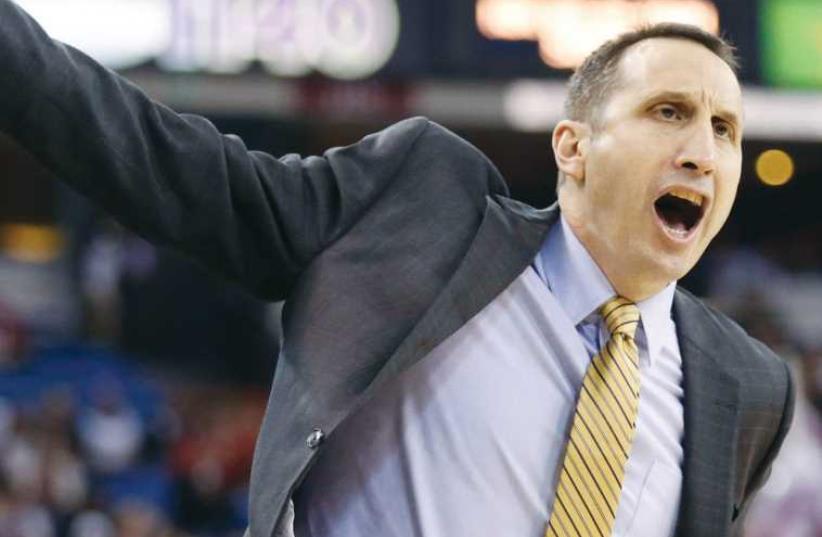 David Blatt
(photo credit: REUTERS)
Advertisement
The dream came to an abrupt end for David Blatt on Friday as the 56-year-old American-Israeli coach was sacked by the Cleveland Cavaliers, despite leading the franchise to the 2015 NBA Finals and the best record in the Eastern Conference so far this season.The surprise firing of the second- year coach came four days after the Cavs suffered their worst defeat of the NBA season – a 132-98 home loss to defending champions Golden State – although the team still holds a 30-11 record and a three-anda- half game lead in the East.“I am very grateful to have had the opportunity to serve as the head coach of the Cleveland Cavaliers,” Blatt said in a statement. “I’d like to thank Dan Gilbert and David Griffin for giving me this opportunity and am honored to have worked with an amazing group of players from LeBron James, Kyrie Irving and Kevin Love through our entire roster.“I’d also like to express my extreme gratitude to my coaching staff. I am indebted to them for their professionalism, hard work, loyalty and friendship. I am proud of what we have accomplished since I have been the head coach, and wish the Cavaliers nothing but the best this season and beyond.”Blatt’s assistant Tyronn Lue takes over as head coach.Blatt led the Cavaliers to a 53-29 record in his first season with the team in 2014/15 and had a winning percentage of 0.728 in his 1½ seasons with Cleveland. He has the highest winning percentage (minimum 10 games) of any coach fired during a season.Although it’s rare for a team to fire a coach with a winning record, especially at the halfway point of the season, the front office felt a change was necessary for the Cavs to have a better shot at winning the championship this season.There already had been speculation that Blatt needed to win the championship this year if he wanted to return for a third season.General Manager David Griffin told a news conference on Friday, “Every decision is made as an answer to the following question: Does it put us in the best position to deliver championships to Northeast Ohio? “I’m measuring more than wins and losses... Are we working toward a championship? Are we building a championship culture?” Despite the excellent results, however, Blatt did not seem to be accepted with full respect by some of the team members, especially superstar James.Griffin said he did not discuss the decision with any of the players, but indicated that over the past month he began to feel a change was needed.“Are we trying to achieve something as a unit or as a collection of individuals? We need to build a collective spirit,” he said. “Halfway through this season, we have not yet developed this identity.”James said on Saturday that he did not influence the coaching change.“I found out about it just like every other player on this team at 3:30 yesterday... I think [Griffin] was right on everything he said... Like it or love it or hate it, we got to respect it.”Blatt, who moved to Israel more than 30 years ago after playing for the USA basketball team in the 1981 Maccabiah, surprisingly was appointed head coach of the Cavs in 2014 after guiding Maccabi Tel Aviv to the Euroleague title in 2013/14.Blatt had coached Maccabi in the previous four seasons and was a key contributor to the yellow-andblue’s remarkable success at the turn of the century, as an assistant to Pini Gershon for three seasons (1999/2000, 2000/2001, 2003/2004) and as a head coach (2001/2002, 2002/2003).Blatt spent six seasons away from Israel after leaving Maccabi in 2004, coaching in Russia, Italy, Turkey and Greece. He also led the Russian national team to the European title in 2007 and an Olympic bronze medal at the 2012 London Games.He reportedly is intent on coaching in the NBA again and has the backing of other coaches in the league, such as Dallas Mavericks coach Rick Carlisle, the president of the NBA Coaches Association, who expressed shock and disappointment over the firing.“I’m embarrassed for our league that something like this can happen,” Carlisle said. “It’s just bizarre...It just leaves you with a bit of an empty feeling because Blatt is a great guy, and he did a great job there.“Teams have the right to make changes, but David Blatt is going to be a highly sought-after coach this summer if and when there are openings, if he chooses to stay. After this, you just hope a guy like this is still open to coaching in the NBA.”Reuters and TNS contributed to this report.