Swimming: Plenty at stake for Israelis in European championships pool

Guy Barnea, David Gamburg, Jonatan Kopelev and Liran Konovalov are among Israel’s best candidates to join the delegation to Rio. 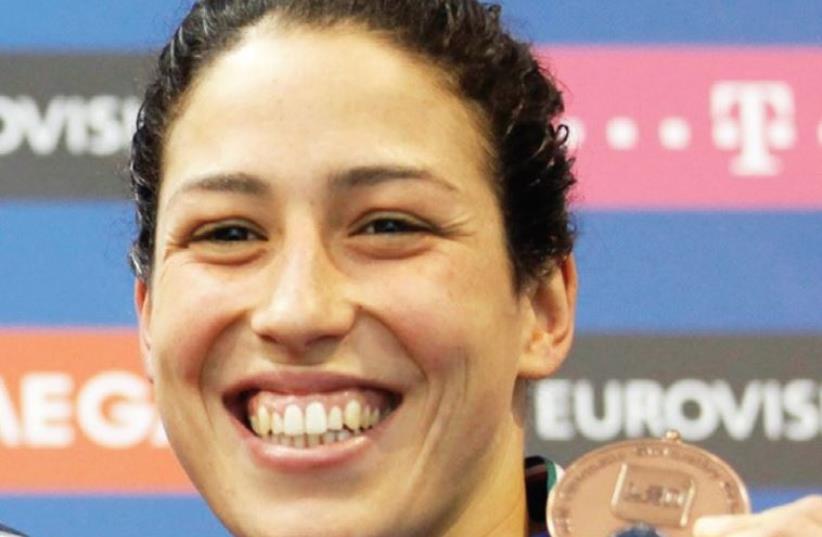 Amit Ivri is among the Israeli swimmers hoping to scale the podium at the European Swimming Championships
(photo credit: REUTERS)
Advertisement
Medals and Olympic berths will be on the line for Israel’s swimmers at the European Swimming Championships, which get under way in London on Monday.Yakov Toumarkin, Gal Nevo, Ziv Kalontarov, Amit Ivri, Andrea Murez and Zohar Shikler have all already secured their places in Rio this summer, but they are only six of the 27 swimmers Israel has sent to London.Guy Barnea, David Gamburg, Jonatan Kopelev and Liran Konovalov are among Israel’s best candidates to join the delegation to Rio, with national team coach Leonid Kaufman expecting to travel with at least nine swimmers to Brazil.After claiming an unprecedented five medals at the European Swimming Championships in Debrecen, Hungary, four years ago, the Israeli delegation returned home empty handed from the 2014 edition in Berlin, only making three finals in total.However, Kaufman is certain that will not be the case this time around and has his sights set on winning at least two medals in London.“The level of the delegation in general and of our top swimmers in particular is different from what it was two years ago,” said Kaufman.“Our swimmers are in good form and we want to win medals, as well as see additional swimmers qualify for Rio. I’ll settle for two medals and I think we are entering a great and important championships for Israeli swimming.”Yakov Toumarkin is considered to be Israel’s best medal hope, winning bronze medals in the 100-meter and 200m backstroke four years ago while taking silver medals in the 200m back and 100m individual medley at the European Short Course Swimming Championships at the Wingate Institute in December.Toumarkin has fond memories from the London Aquatics Centre, registering the best-ever finish for an Israeli swimmer at the Olympics in the English capital four years ago when he ended the 200m back final in seventh place.“It is exciting that the European Championships are being held in London,” said Toumarkin. “This is my last competition before the Olympics and this will be a final critical test that will give me plenty of information ahead of Rio.”The championships in London already got under way last week with the diving and synchronized swimming events. Israel’s Anastasia Gloushkov Leventhal and Ievgeniia Tetelbaum booked their places in Rio after ending the synchronized swimming duet final in ninth place overall.Gloushkov Leventhal will become the first Israeli woman to compete in four Olympics after also participating in Athens 2004, Beijing 2008 and London 2012 with previous partner Inna Yoffe.Israel’s delegation for Rio is already at 34 athletes, with Ron Darmon becoming the first Israeli triathlete to qualify for the Olympics on Saturday.Around 45 Israeli sportsmen and sportswomen are set to ultimately compete in Rio, making it the largest-ever blue-and-white delegation at the Summer Games.