An assailant attempted to stab Border Police soldiers near the holy site of the Tomb of Patriarchs in the Old City of Hebron. The attack was thwarted. 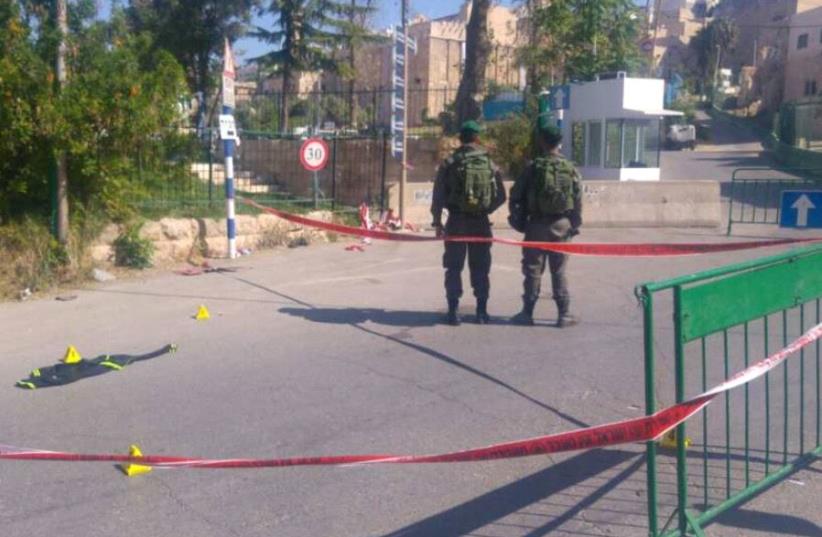 Scene of attempted stabbing attack near the Tomb of Patriarchs
(photo credit: POLICE SPOKESPERSON'S UNIT)
Advertisement
A Palestinian knifeman attempted to carry out a stabbing attack on Thursday near the holy site of the Tomb of Patriarchs in the West Bank city of Hebron. Police said that the 25-year-old assailant approached Border Police forces, and as he drew near he started running towards them screaming with a knife in hand, threatening to to stab them. Border police shot the assailant at the scene, neutralizing the threat. He was later taken to Hadassa University Medical Center for treatment.  Police released a photograph of the knife the assailant used. Others photos from the scene showed the assailant after the attack, as he lay on the pavement.No Israelis were injured in the incident. 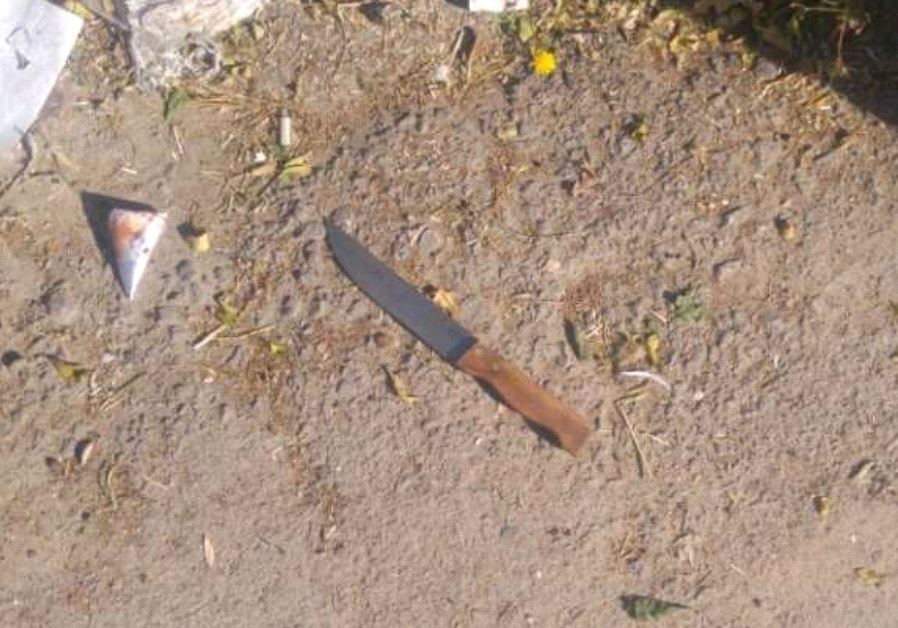