Suspected arson on Church of the Multiplication in the Galilee

By JPOST.COM STAFF, REUTERS
JUNE 18, 2015 13:22
Suspected arson on Church of the Multiplication in the Galilee
Advertisement
Fire gutted part of the Church of Loaves and Fishes on the shores of the Sea of Galilee in northern Israel on Thursday and investigators suspect arson as a possible cause, a police spokesman said.The church, which Christians believe is where Jesus performed the Miracle of the Multiplication of the Loaves and the Fishes, lies on the shores of the Sea of Galilee and is a traditional site of pilgrimage in the Holy Land.Police spokesman Micky Rosenfeld said investigators were at the site and Hebrew graffiti had been found, which led police and fire service investigators to suspect that the fire had been set deliberately. 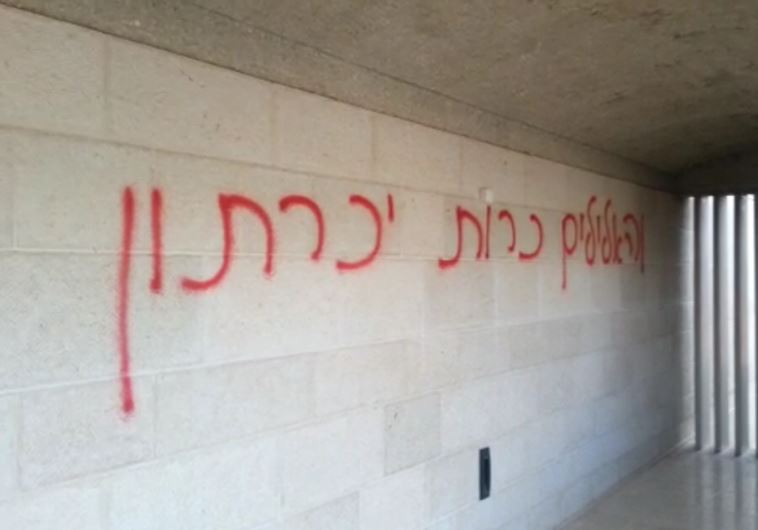 Graffiti on Church of the Multiplication in the Galilee
"Firefighters arrived at the scene at around 3.30 a.m. (00:30 GMT) and it was put out, but extensive damage was caused to the church both inside and out and Hebrew graffiti was found, which has led to suspicions that the fire might have been caused deliberately," Rosenfeld said.The graffiti, on a limestone wall in clear red spray paint denounced the worship of idols. Deputy Foreign Minister Tzipi Hotovely condemned Thursday's attack. She defended Israel, saying the nation "respects freedom of religion," and expressed her confidence that the police will bring justice to the case."I am sure that the police force will do everything in its power to arrest those responsible, and to prevent similar attacks in the future," she said.A police spokesperson said Thursday afternoon that 16 minors were taken in for investigation for potential involvement in the arson. They were later released with no charges. sign up to our newsletter