The BINA Center for Jewish Identity and Hebrew Culture seeks to “bridge the gap of alienation between secular Israelis and their own Jewish heritage. 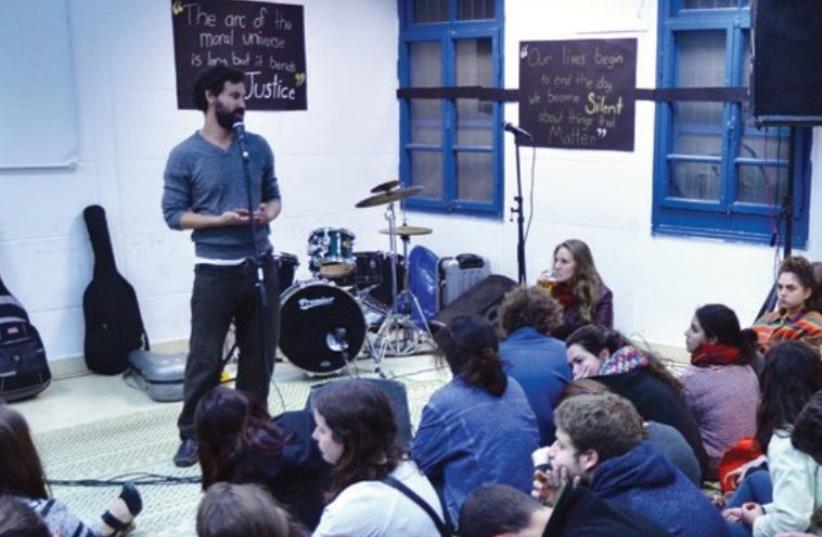 LECTURERS AND participants commemorate the life of Martin Luther King at the BINA Center for Jewish Identity and Hebrew Culture in Tel Aviv on Sunday.
(photo credit: Courtesy)
Advertisement
Israel’s only public Martin Luther King Day commemoration took place Sunday at BINA Secular Yeshiva in Tel Aviv.The BINA Center for Jewish Identity and Hebrew Culture, established in 1996 as a response to the assassination of prime minister Yitzhak Rabin, seeks to “bridge the gap of alienation between secular Israelis and their own Jewish heritage, with an understanding that no one can hold a monopoly on Judaism.”BINA aims to strengthen Israel as a democratic, pluralistic and just society, through its three key principles of limud (learning), ma’ase (action) emphasizing Judaism as a culture, and the Jewish value of tikun olam (repairing the world).Speaking to The Jerusalem Post, BINA’s international department director and coordinator of the Martin Luther King Day commemorations explained that the idea for the celebrations “came about because of Martin Luther King and the [American] civil rights movement, whose values and ideas stand at the center of the American Jewish identity in many ways. We in BINA are talking about a Jewish identity from study leading into action.”Signed into American law as a national holiday by then-president Ronald Reagan in 1983, Martin Luther King Day commemorates King’s contribution to American society.Speakers at the event included Ali Abu Awad, founder of Tagheer (Change), a Palestinian non-violent movement, Avi Yaso, a leading activist in the Ethiopian community, and Shlomi Hatuka, a poet and social activist.Proceedings at the event included opening remarks by Daniel Liss of the United States Embassy, an exhibit dedicated to the history of Martin Luther King and the civil rights movement, and an open-mic forum for all those attending. The night ended with a live performance by the The Groove Ambassadors, a local Tel Aviv group composed of Israeli and African musicians.Discussing events on Monday night, Noga Brenner Samia, deputy director of BINA, said, “This is a great opportunity for Israelis and international Jews of all backgrounds to come together to explore our shared values of civil rights, inspired by both Jewish and universal traditions. That is what BINA is all about.”