Taba Crossing to Sinai to stay closed for Israelis

On Sunday, the High Court of Justice rejected a petition to force the government to reopen the crossing. 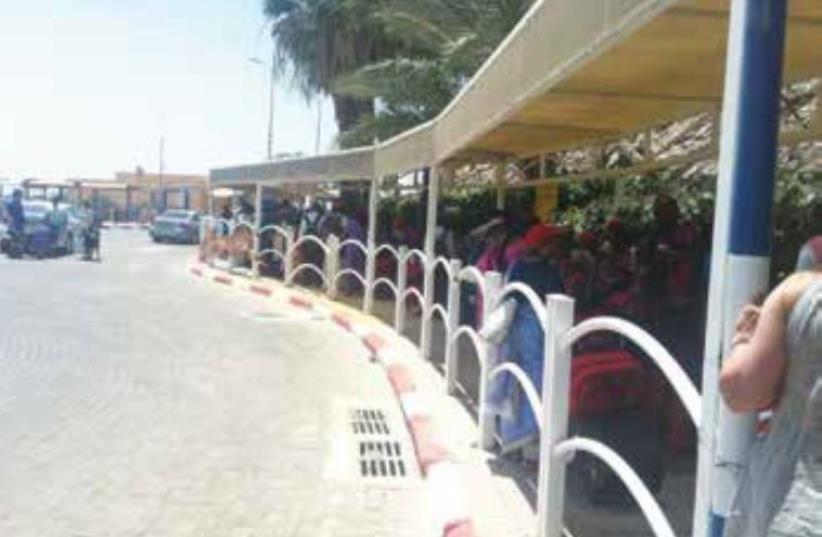 TOURISTS WAIT to enter Sinai at the Eilat-Taba border crossing
(photo credit: LAURA KELLY)
Advertisement
The border crossing into Egypt from Eilat will remain closed to Israeli citizens for a few days or longer, pending a reassessment of security in the Sinai Peninsula, the National Security Council Counter-Terrorism Bureau announced on Tuesday.Last Monday, just hours before the onset of Passover, the Prime Minister’s Office announced the crossing would be closed to Israelis at least until the end of the holiday because of “the intensifying activities” of Islamic State-affiliated terrorists in Sinai.Because of concrete terrorist threats, the government warned Israelis days earlier against travel to Sinai and urged all who were there to leave immediately.When Israelis continued to flock to the popular tourist destination – with some 20,000 expected during the holiday – the rare decision to close the crossing was made at the highest levels.On Sunday, the High Court of Justice rejected a petition to force the government to reopen the crossing.Tuesday’s announcement said an up-to-date assessment of the security situation prompted a renewed decision to keep the Taba Crossing closed to Israelis traveling to Egypt and that the decision will be continuously reexamined in the coming days.