The coin from the 8th century AD, is inscribed with Arabic and mentions the name of the Prophet Muhammad and speaks of monotheism. 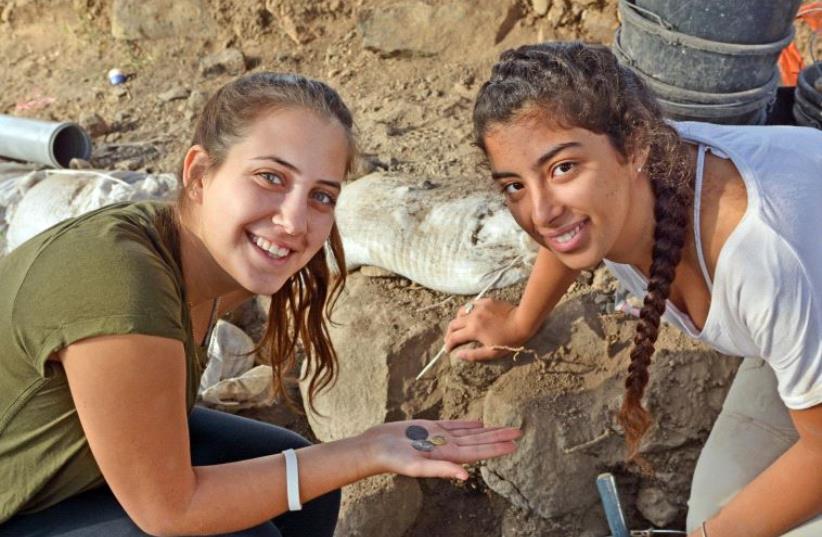 Dor Yogev and Ella Dicks hold coins discovered in the town of Kama
(photo credit: GILAD CHINMON / ISRAEL ANTIQUITIES AUTHORITY)
Advertisement
On Sunday, two teenagers partaking in an archeological dig in the town of Kama in the lower Galilee discovered an ancient coin thought to be around 1,200 years old according to the Israeli Antiquities Authority.The coin from the 8th century CE, is inscribed with Arabic and mentions the name of the Prophet Muhammad and speaks of monotheism.“While digging, I found a shiny coin. When I realized what it was I screamed, and we were so excited,” said Dor Yogev, who was part of student delegation taking part the archeological dig. 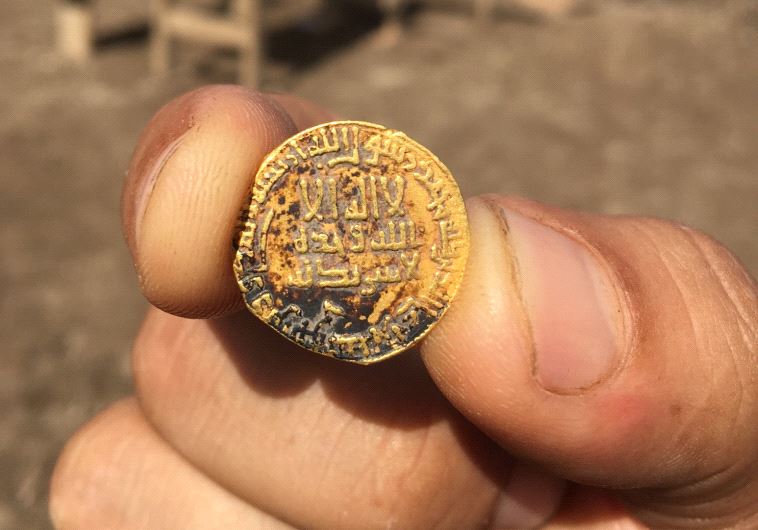 Gold coin from the 8th century AD inscribed with Arabic and mentions the name of the Prophet Muhammad found in the town of Kama in the lower Galilee (photo credit: GILAD CHINMON / ISRAEL ANTIQUITIES AUTHORITY)Omar Zeidan, director of the excavation on behalf of the IAA, said that other materials were found in addition to the coins. “The coins were found in 7th-8th century buildings along with fragments of pottery, metal objects and animal bones,” Zeidan said adding that this indicated that inhabitants were present at the location in the early Islamic period.According to Dr. Robert Cole, a coin expert with the IAA, the find was extremely rare. “The excitement from the find is not only with the students, but also the archaeologists.It is rare to find a single gold coin in an excavation,” he said.“It is interesting to know that such a gold coin, for a simple man, was a lot of money – one dinar was worth more than 100 pounds of grain, and with four and a half dinars, he already could buy a house in the village,” said Cole.Elementary school teacher Sylvia Aishlien visited the site with her students on Sunday.“It’s a lifetime experience,” she said, “It is very important that children are exposed to archeological work. They are curious and want to learn more about the past.”