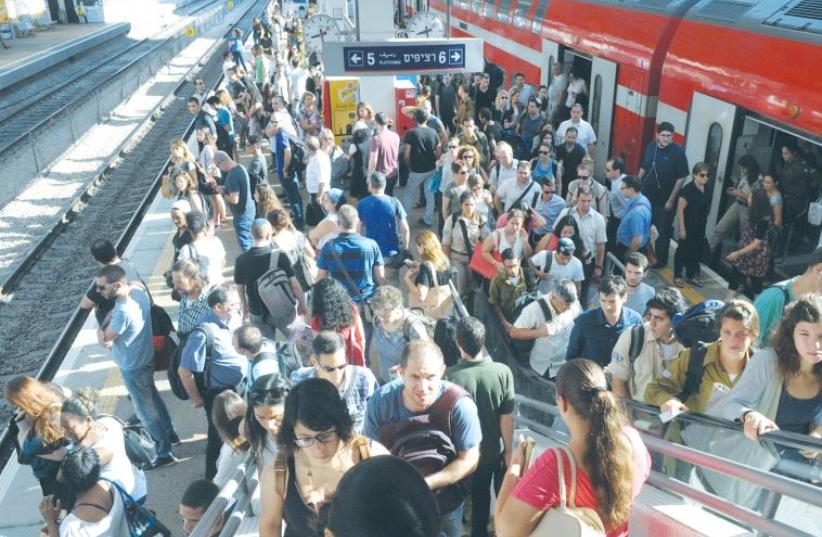 FRUSTRATED PASSENGERS fill platforms 5 and 6 at the Savidor central train station in Tel Aviv.
(photo credit: AVSHALOM SASSONI)
Advertisement
Train activity is expected to return to normal Sunday, two days ahead of schedule. Tel Aviv and Herzliya train stations, according to a police statement, are expected to reopen at 5:00 a.m. Sunday after being closed to complete infrastructure work required for the future Tel Aviv-Jerusalem high speed line.Israel Railways has officially confirmed the reopening. The Tel Aviv Shalom, Tel Aviv Savidor-Merkaz and Tel Aviv University stations were closed beginning on September 19, and expected to  reopen only on September 27 at 5 a.m., Israel Railways announced last Sunday.During the temporary shutdown, Israel Railways was constructing rail and electrical infrastructure for the high-speed rail, which is slated to open in another two years, as well as doubling and widening the tracks between Tel Aviv University and Herzliya, it said.