Tel Aviv and Dubai were in fourth and fifth place on the index, respectively, and Jerusalem, Riyadh and Kuwait City were also high up on the list. 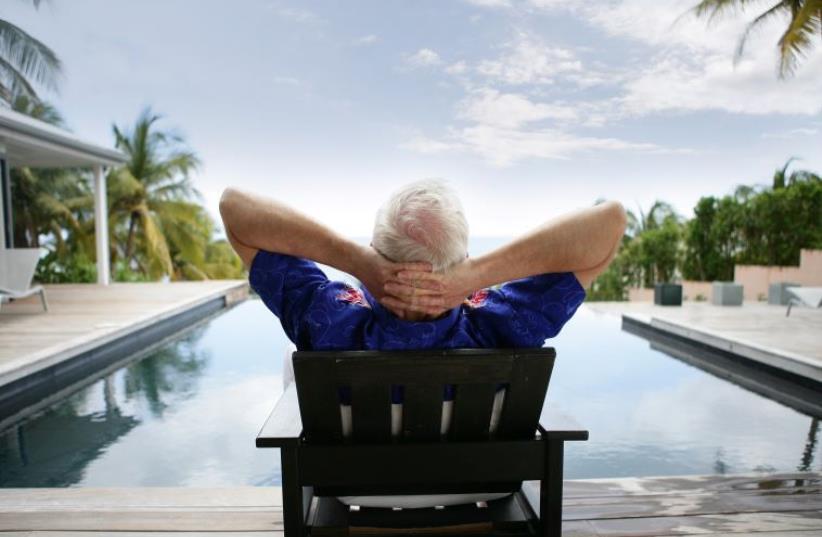 Illlustrative photo of a man relaxing on vacation
(photo credit: INGIMAGE)
Advertisement
(TNS) - The prices of pleasures such as getting suntanned in Tel Aviv and wandering in the famous Dubai shopping malls have recently risen. The high costs of hotels and vacation apartments and the tourism boom have sent Airbnb prices skyrocketing in several Middle Eastern cities to levels among the highest in the world.The Middle East on an upward trendThe recent Bloomberg index put Miami and Boston at the top of the list of expensive places in the world in terms of daily cost for private residences for the second straight year. People renting out apartments through Airbnb demanded $205 and $194 per night in these two cities, respectively. The Middle East, however, rose in the ranks in 2018, with five Middle East cities among the 15 most expensive cities in the world. Tel Aviv and Dubai were in fourth and fifth place on the index, respectively, and Jerusalem, Riyadh and Kuwait City were also high up on the list.High costsThe high Airbnb rates in Israel are a result of the high cost of housing in Tel Aviv and Jerusalem. Dr. Yoav Kerner, a lecturer in statistics at Ben Gurion University who researched the Airbnb market in Tel Aviv for the Israel Hotel Association, says that rents for apartments in Tel Aviv are usually equal to three quarters of the average gross monthly salary.Kerner explains that since people renting out apartments through Airbnb want more rent than they would get by renting out their apartments for an entire year, short-term rents are going up. He estimates that Airbnb has added 10% to rents in Tel Aviv.Several cities around the world, including New York, have imposed restrictions on the short-term rental market out of concern that it will increase rent costs. Airbnb public affairs director Nick Papas rejects this argument, attributing it to hotel owners. "It is no surprise that the hotel industry is paying for misleading reports about our community," Papas wrote in an email. "The figures prove that these claims are unfounded."According to figures from Airbnb, the average rate is $87 a night in Tel Aviv and $82 a night in Jerusalem, much lower than the $188 a night and $173 a night found by Bloomberg. Airbnb uses a calculation method that is different from Bloomberg's; Airbnb takes into account the rates for the units actually rented, while Bloomberg uses the prices appearing in advertisements.The Bloomberg index uses advertisements in over 120 cities worldwide. The highest short-term rents were at small vacation destinations according to AirDNA, which provides short-term rental data. For units rented out for at least 30 days a year in cities in which at least 1,000 units were offered for rent, the highest rent was $1,127 in the Caribbean island of St. Barthelemy, followed by the ski resort of Vail, Colorado with $668.———©2018 the Globes (Tel Aviv, Israel)Visit the Globes (Tel Aviv, Israel) at www.globes.co.il/serveen/globes/nodeview.asp?fid=942Distributed by Tribune Content Agency, LLC.