Tel Aviv Pride: All the details

Where to be and when! 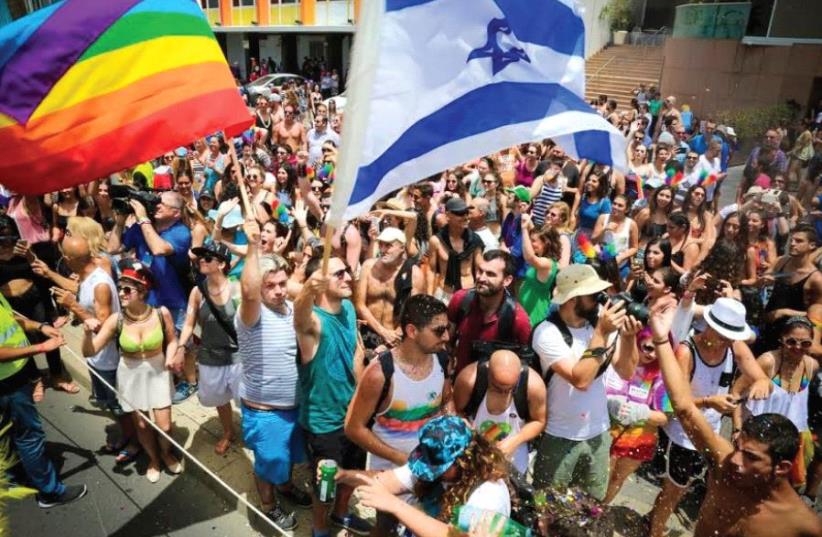 Revelers at Tel Aviv’s 2016 LBGTQ Pride Parade
(photo credit: GUY YECHIELI)
Advertisement
Hundreds of thousands of people are expected in Tel Aviv on Friday where they will form a sea of rainbow-colored marchers for the annual LGBTQ Pride Parade.The march is scheduled to begin at noon at Meir Park, head north onto Bograshov Street and eventually turn south on Herbert Samuel Boulevard. There will be a beach party at Charles Clore Park at the end of the parade.Police plan to block traffic on a number of central Tel Aviv streets from noon to 6:45 p.m. along sections of Yarkon, King George and Allenby streets.Some 200,000 people participated in the 2016 parade including 30,000 tourists, making it the largest in the Middle East and Asia, according the Tel Aviv-Jaffa Municipality.

We stayed up all night in preparation for the #TelAviv #Pride Parade. See you there! pic.twitter.com/O2nQZwuaWM

This year’s parade features a new participant, the British Embassy, which will host a float in the parade that celebrates LGBT families.The theme of this year’s parade is “bisexual visibility.”“The theme makes a difference. It makes the discussion in the public domain much more deep,” Efrat Tolkowsky, a Tel Aviv City Council member responsible for LGBT issues said at a press event on Thursday.
via million eyez
Some Israeli and Palestinian activists are boycotting the parade, claiming that Israel promotes gay rights “as a fig leaf to hide the crimes of the occupation.”Pinkwashing Israel, a leader in the parade boycott, will hold a protest at the starting point of the march at Meir Park on Friday. Nearly 300 people on Facebook have said they plan to attend.Meanwhile, the Jaffa bar Anna Loulou, owned by a team of Palestinians and Israelis, held an “anti-pride" event on Thursday. The event celebrated non-binary identities and was in opposition to the parade accusing it of pinkwashing.