The ax falls on the IBA

This also means an end to English-language broadcasts on Israel’s public service, such as the IBA News. 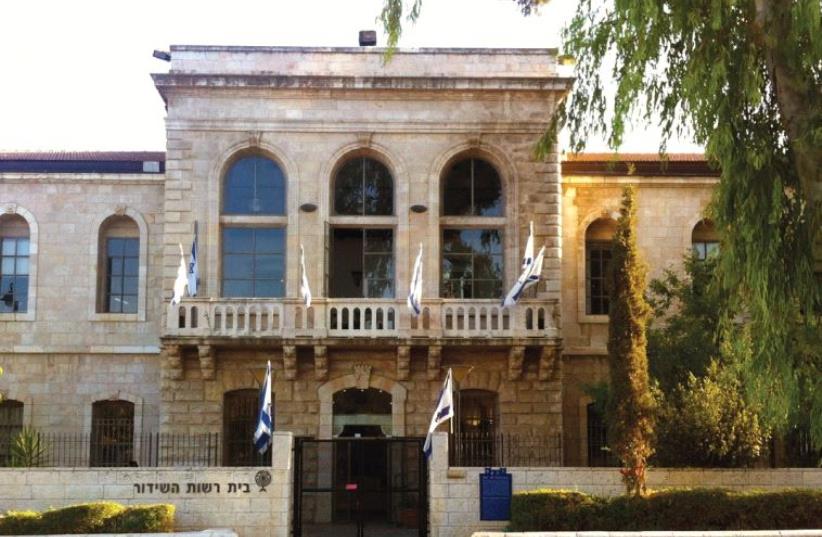 THE ISRAEL Broadcasting Authority’s building, located in Jerusalem.
(photo credit: SARAH LEVI)
Advertisement
A terse, four-line letter of dismissal dated March 15 was sent to hundreds of Israel Broadcasting Authority employees on Thursday.Signed by deputy CEO Ronit Bar-On Kanis, it states: “As you are aware, the Public Broadcasting Law was passed on August 11, 2014, directing that the Israel Broadcasting Authority would cease to broadcast and would refrain from all activities related to communications on April 30, 2017, the date designated in the legislation. The law also specifies that, on that date, the employment of all IBA workers will be terminated. In accordance with the law, you are hereby notified that your employment will end on April 30, 2017.”This also means an end to English-language broadcasts on Israel’s public service, such as the IBA News. The replacement Israel Broadcasting Corporation has made no provision for English-language broadcasts.At 9:47 on Thursday morning, without warning, the IBA’s Reshet Bet radio station went on strike to protest the impending closure, and some of its journalists were interviewed on Army Radio.Political reporter and commentator Yoav Krakovsky, interviewed on Army Radio at a time when he normally would have been hosting his own program Hamiznon (The Buffet) on Reshet Bet, told interviewer Udi Segal he felt embarrassed and frustrated because he had lined up a list of interviewees to speak on different subjects. The interviewees included former defense minister Moshe Ya’alon who has announced he will be forming his own party to run in the next Knesset election. Krakovsky interviewed him anyway in the hope he could use the material in the future.Krakovsky said that, over the past year and a half, IBA journalists, no longer fearing consequences from management, have felt free to express their own views from the perspectives of their political, social or religious ideologies. Moreover, he said there has been considerable improvement in the content and quality of broadcasts. But both the IBA and the IBC are being used as a political see-saw, he said, and, at this stage, he was unable to predict what the future would hold.Meanwhile, political and non-political figures interviewed on Army Radio, voiced a variety of opinions as to whether the current bad blood between Prime Minister Benjamin Netanyahu and Finance Minister Moshe Kahlon would force a coalition crisis and possibly an early election; whether there would be a compromise solution creating a joint public broadcasting entity interfacing the IBC with the IBA; whether Kahlon would win the battle against Netanyahu; and whether the Histadrut labor federation would come up with some magic formula that would keep most of the people involved happy.Broadcasts were restored in time for the noonday news and current affairs diary.Likud MK Miki Zohar said on that program that the IBC had been conceived in sin.“Everyone makes mistakes, and we acknowledge that we erred,” he said. “But those people who are hanging on to the IBC by threads are simply not objective.”Following the bombshell dropped by Netanyahu on Wednesday night when he asked Kahlon to suspend the closure of the Israel Broadcasting Authority for another six months, to see if some compromise could be found, the future of public broadcasting was dragged into numerous conversations on other subjects throughout the day on Thursday.Kahlon, whose relations with the prime minister have soured in recent days, insisted that the Israel Broadcasting Corporation would be launched on April 30 as scheduled.Netanyahu, in making his request, stated, as he had done previously, that enacting legislation to close down the IBA had been a big mistake.Kahlon, who had not yet returned to politics when the Knesset voted to kill off the IBA, believed that Netanyahu, who initially approved it, was now trying to shift the blame for its closure onto him.However, in the early afternoon, Netanyahu backtracked and reached an agreement with Kahlon whereby the IBC would begin broadcasting at the end of April as scheduled. The two men also agreed to advance legislation on the supervision of all electronic media, including Channels 2 and 10. A supervisory committee will be appointed by the communications minister. Tzachi Hanegbi is currently acting communications minister.Culture and Sport Minister Miri Regev, who had previously voiced opposition to the IBC, stated on her Facebook page that she was happy to hear the prime minister say that the decision to establish the IBC had been a mistake. She endorsed his statement that mistakes can be rectified – “especially when they are at the expense of the taxpayer.” It has to be done immediately, she said.She repeated this on Army Radio, saying that because the IBC had not yet been launched it could be canceled.Zionist Union MK Eitan Cabel, who was once the minister responsible for the IBA, and who joined former communications minister Gilad Erdan in his efforts to dispense with the IBA, said in an interview on Reshet Bet that if Netanyahu succeeded in preventing the IBC from going to air he would petition the High Court of Justice to rule against the prime minister.