The best of the best get better: The IDF's elite commando training school

Lt.-Gen. Eisenkot brought four elite units together under one roof when he formed the Oz Brigade in December 2015. 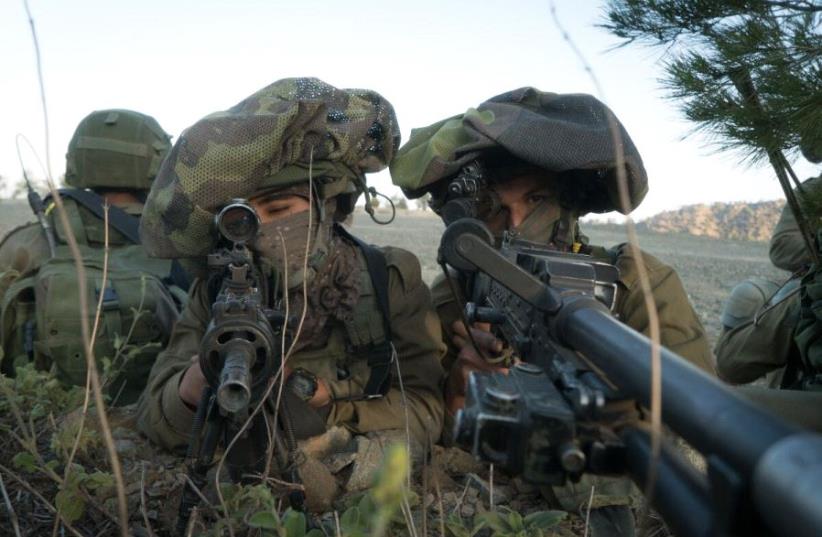 Israeli commandos during a large scale drill in Cyprus, June 2017
(photo credit: IDF SPOKESPERSON'S UNIT)
Advertisement
Four of Israel’s most formidable combat units will soon band together for training at a new commando training school, the Israel Defense Forces announced on Sunday. The new school, authorized by IDF Chief of Staff Lt.-Gen. Gadi Eisenkot, comes two years after the establishment of the Oz commando brigade, which brings together the four units.
The school will be commanded by Lt.-Col. “A,” who, over the course of 2018, will build a training program for members of the Egoz, Maglan, Duvdevan and Rimon units.
According to the statement released on Sunday, commandos will continue to do their basic training and advanced training in regular foot brigades and will begin to train in the commando training school beginning in 2019.
Eisenkot brought the four elite units together under one roof when he formed the Oz Brigade in December 2015 under the Central Command’s 98th Division, with the goal of being an accessible, independent and integrated force which operates with increased cooperation and greater efficiency. Initially headed by Col. David Zini, he was replaced by Col. Avi Blot in August.
IDF commando unit in Cyprus drill (credit: IDF)
The Duvdevan unit was established in 1986 and is known for carrying out a range of high-risk urban warfare operations like arrests, raids, targeted killing and kidnappings. The IDF’s elite Maglan reconnaissance unit was also established in the 1980s and is tasked with carrying out operations far behind enemy lines. Established in 2010, Rimon is the youngest of the four elite commando units and specializes in operating in desert environments.
In June, around 500 soldiers from the Egoz anti-guerrilla commando unit, along with a number of other special forces units, traveled to Cyprus for one of the largest foreign drills ever held by Israeli commandos.
The commandos trained on high altitude terrain and also drilled in both urban combat (in abandoned and semi-abandoned Cypriot villages), as well as underground, inside tunnels. The drill also worked on the cooperation between the Israel Air Force and the commandos in unfamiliar terrain, including transporting soldiers at low-altitude both during the day and at night.
“The world of warfare is now one of urban and underground combat. The enemy, be it Hezbollah, Hamas or Daesh [ISIS], now fights differently, and we must be properly prepared to fight them,” a senior IDF officer said at the time.
The four units held their first company examination in April, competing for the top position in various combat situations. The exhausting threeday competition saw troops test their abilities in a range of fields such as sniping, differentiating between enemy combatants and innocent civilians and transitioning from fighting against Hamas in the south to Hezbollah in the north.
A company from Maglan clinched first and second place while Duvdevan soldiers were awarded third place, pushing Egoz out of the top three spots. A soldier from Duvdevan was also awarded the honor of being the best sniper in the brigade.