French culinary week in Israel: Why do Israelis prefer Italian?

As the French culinary week in Israel kicks off, we must ask ourselves why, despite the suitable tastes, Israelis prefer Italian food over French. 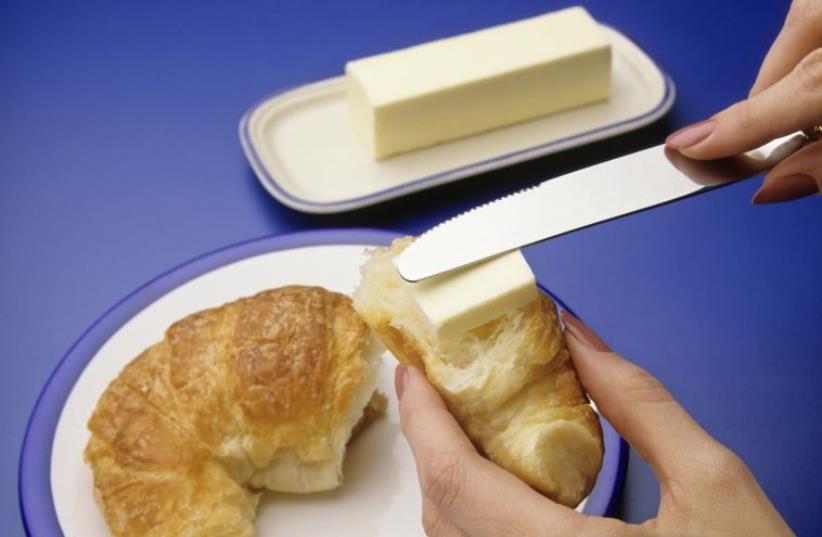 A Croissant
(photo credit: INGIMAGE)
Advertisement
"In Israel, there is still a sort of misconception of the old French restaurant: that it is perhaps too heavy, too classical, what was once called 'fancy.' But anyone who travels France can see that the culinary constantly reinvents itself, progresses, when the emphasis is on local ingredients and the making of dishes to be more accessible and light," said David Kischka, chairman of the Israeli Association for Culinary Culture and an initiator in culinary tourism.Yesterday, for the seventh time, the French culinary week in Israel began. This year, Israeli chefs from 11 restaurants and one pastry shop are being hosted, as well as 15 French chefs, a pastry chef and a baking artist, all of which are decorated with Michelin stars and international prizes. Together, the local and French chefs create menus with a special French aire and allow the audience to enjoy the French kitchen. The event, which is organized by the French embassy, the French Institute in Israel and Business France, focuses this year on exposing the Provence-Alps-Côte d'Azur (Southern region), which is characterized by refined gastronomy and colorful dishes, highlighting the variety of authentic flavors of Mediterranean cuisine.During the festival, Kischka will deliver a lecture on the sweet secrets of southern France. "we chose to focus on sweets because they characterize the region," he told. "They specialize in sweets for hundreds of years, and sweets are always fun. We also thought that it would interest the Israeli audience, who may pass by things like this and doesn't know them as well."More than just potatoesThe claim that a large part of the Israeli audience is more connected to the Italian kitchen than to the French is not acceptd by Kischka. "It is true that the Italian cuisine is more accessible, simpler, and possibly cheaper than the French," he said. "It is simpler to make pasta at home, but I assure you that there is a huge fan community of French culinary and French culture, and I personally see it more and more. I open culinary tours to France and see the demand grow. Also, if I look at the most successful past and present restaurants, I find that they have a French conotations.  For example, Brasserie, the Bakery and Montefiore (which all belong to the R2M group). In many cases, classical cooking techniques and related techniques around the world related to the Patisserie and the pastry are French. Today, we see more croissants than any other pastry. French cuisine has a profound effect on many chefs who, without even knowing, use French cooking techniques."Do you see a change in the attitude of the Israeli audience toward French cuisine over the years?"In the 80's and 90's, a French restaurant was perceived as something very important, and all the great Israeli chefs like Shalom Kadosh, Israel Aharoni, Haim Cohen and Rafi Cohen passed through the great French chefs. With time, our outlook has changed and we are slowly splitting from the approach that French food is supreme food."And what about the general public?"The audience mistakenly perceives it as something heavy, and at the same time, they discovered all kinds of kitchens that were not here before, like the South American, Scandinavian, Asian cuisine, but mainly the Israelis discover their true roots and separate from the French culinary mentors. With that, the French kitchne is still a leading kitchen. The French culinary and the French chefs influence all of the chefs in the world.""Once the Israelis connected to simpler food, but today, there is a change," agrees Brigette Banayon, who is responsible for the festival events on behalf of the French embassy. "Israelis go abroad, want much more prestigious things, more luxurious, even in everyday life. The Israeli public today wants another level. For example, I made mashed potatoes for a few Israelis. They did not know that taste. These are the same potatoes, but I make with butter, eggs, cream and milk, and that makes all the difference. Today Israelis connect to things on a different level. The Israeli chefs participating in the project also adopt some of the dishes. I think it's very important to share this culinary with the Israelis. Israelis are the people most open to new things. When an Israeli says, 'this was tasty,' it was truly tasty."The article was translated from Maariv by Tamar Beeri.

Tags food in israel
Advertisement
Subscribe for our daily newsletter