The IDF’s new $38 billion shopping list in the US

What will Israel do with $38 billion from the US? 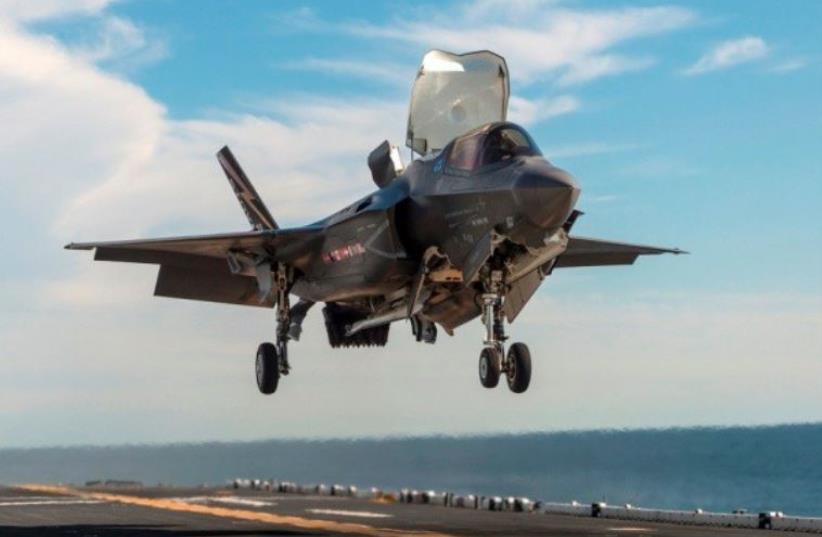 F-35 fighter jet
(photo credit: LOCKHEED MARTIN)
Advertisement
A massive sigh of relief was let out Wednesday night at the Kirya IDF headquarters in Tel Aviv. For years, the IDF has been strategizing and planning what it would do with the $38 billion the United States pledged it will provide Israel over the next decade. But until the deal was signed on Wednesday, there was always the possibility that the new aid package would be postponed until the next US president took office and then possibly even longer.Now, the IDF can move ahead with its plans. Here is part of its shopping list:F-35 Lightning II Joint Strike Fighter In June, the Israel Air Force took receipt of its first F-35 fifth-generation stealth fighter jet, in a festive ceremony in Forth Worth, Texas. This is the future plane of the air force and is expected to serve as its strategic workhorse over the next 30-to-40 years.While the planes are expected to begin arriving in Israel at the end of the year, Israel has so far only ordered 33 F-35s and is looking to up that number to at least 50.In addition, the IAF is seriously looking – partially due to some encouragement from Prime Minister Benjamin Netanyahu – at the F-35B, a short takeoff/vertical landing (STOVL) version of the aircraft, meaning that it does not need a full runway to take off and land.This is important, given the possibility that in a future war, Israel is expected to face missile onslaughts against its air force bases and runways but will still need combat aircraft to take off and land for bombing raids and other missions.V-22 Osprey Israel has shown interest in purchasing the Bell-Boeing V-22 Osprey tiltrotor aircraft for several years now. Former defense minister Moshe Ya’alon and then IDF chief of staff Benny Gantz enjoyed test flights and were both supporters of the deal. Now that the aid package has been finalized, the IDF can dust off those plans.What makes the V-22 unique is its ability to take off and land like a helicopter, but then lower its blades, align them with the aircraft and fly at speeds and altitudes like an airplane. Surrounded by a growing anti-aircraft threat in Syria, Lebanon, Gaza and beyond, the IAF sees the V-22 as a means for getting special forces in and out of enemy territory as well as for searchand- rescue operations. Its ability to land vertically enables it to drop soldiers in an exact location or to pick up a downed fighter pilot, and its ability to fly fast means it can get to safety quicker than a helicopter.The IAF is looking to purchase just half a dozen V-22s for now and the US has already agreed to accelerate delivery and possibly take aircraft off of the Marines assembly line, if an order is made.Joint Direct Attack Munitions (JDAMs) and bunker busters In addition to purchasing large aircraft and other weaponry, the foreign military aid Israel receives from the US is also traditionally used to stock up on JDAMs, kits that turn bombs into “smart bombs.”In May, 2015, Israel ordered $1.8 billion worth of precision guided munitions and bombs, including bunker busters, bombs that have the ability to penetrate underground fortifications, like Hamas and Hezbollah command centers.Facing enemies like Hamas and Hezbollah which embed themselves within civilian populations, Israel is relying more-and-more on accurate weaponry like JDAMs to ensure that the IDF kills its intended targets without civilian casualties and collateral damage.The JDAM, essentially a kit that is installed on freefall bombs, turns them into precision-guided weapons that can be launched from standoff positions. At a time when Israel’s adversaries are believed to have sophisticated anti-aircraft weapons, the ability to attack targets from a distance is more important than before.Boeing KC-46 Pegasus The IAF currently operates a small fleet of Boeing KC-707 Re’em refueling tankers, used to fuel fighter jets midflight on long-range missions. The problem is that these KC-707s are old, some over 40-yearsold, and they won’t last much longer.The US Air Force selected the KC-46 tanker a number of years ago and is expected to begin receiving its first batch of 18 planes next summer.Israel closely followed the USAF’s decision and voiced its intention to purchase the plane as well to replace its aging fleet.The problem is that the plane is expensive, reaching estimates of around $180 million per aircraft. Nevertheless, the IAF will have to make a decision soon. While the Iran deal puts the possibility of an Israeli strike against the Islamic Republic’s nuclear facilities on hold, the IDF needs to retain and cultivate the capability to conduct long-range missions. Refueling tankers are essential for to make that happen.Chinook or Stallions The IAF is also in need of new heavy-lift transport helicopters to replace its current and aging fleet of CH-53 Sea Stallions, known in Israel as the Yasour.First integrated into IAF service in 1969 after being bought from the United States, the Yasour is used regularly by the IAF’s 669 Search and Rescue team, and is known for legendary missions, such as the 1973 airlift of over 600 soldiers to the peak of Mount Hermon, which they recaptured from the Syrians.The helicopter is the IAF’s primary aircraft for transporting soldiers – it can carry 35 with all their equipment – and was used extensively during the Second Lebanon War in 2006.In 2007, the IAF began a new upgrade program for the helicopter called “Yasour 2025,” under which it installed over 20 new electronic systems including, for the first time on helicopters, one for missile defense.But in 2025, it will need new helicopters. The two options being discussed are the CH-47 Chinook and CH-53K King Stallion, which is still under development by Sikorsky, the same manufacturer as the Yasour.