German actress Lena Stolze speaks to the ‘Post’ on how the critically acclaimed 1990 movie changed her career and her outlook on life. 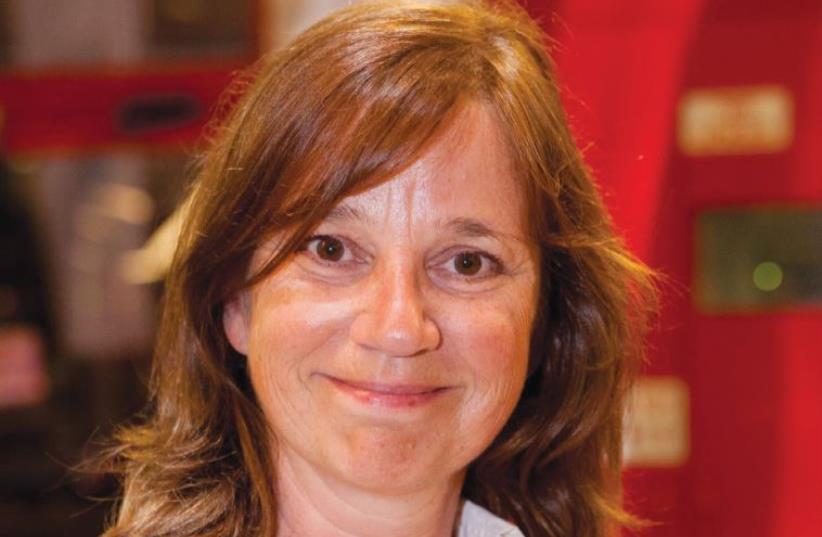 LENA STOLZE -'The Nasty Girl.’
(photo credit: Courtesy)
Advertisement
‘There goes my ‘Nasty Girl,’” said actress Lena Stolze, looking out the window of the Lavan Restaurant at the Jerusalem Cinematheque last week and watching her daughter, a theater student, stroll through the garden.Stolze, who starred in the controversial, critically acclaimed 1990 movie The Nasty Girl, by Michael Verhoeven, clearly has the same kind of irreverent sense of humor as Sonja, the heroine she portrayed.On a visit to Israel to celebrate the 25th anniversary of The Nasty Girl, she sat down to reflect on how the movie changed her career and her outlook on life.“It was a low-budget film, we thought that there is no hope to bring this film to a big audience,” said Stoltze, smiling, since the film ended up being shown all over the world, getting an Oscar nomination, and winning 11 international awards. More than that, just as the Berlin Wall fell, it helped push the barriers of truth-telling about the unpleasant secrets of the past.The Nasty Girl told the fact-based tale of a young woman from an ordinary family in the town of German town of Passau in the Seventies who gets an assignment to write an essay about her town during the Second World War. When she realizes that no one is telling her the truth, her essay turns into a lifelong obsession to get her local government to release the documents that would show how the town residents were enthusiastic Nazis who rounded up the Jewish citizens. She ends up being threatened, beaten and harassed, and her marriage breaks up along the way, but nothing ever deters her from her quest for the truth.Verhoeven made this story accessible by emphasizing the comic elements of the story, and making gentle fun of his heroine’s determination.“It was rapid-fire dialogue, like Bringing Up Baby,” the screwball comedy starring Katharine Hepburn and Cary Grant. “It was comedy but also a serious and important story.”That mixture of the comic and tragic, Stolze said, was “a big part of the reason the film hasn’t gotten old.”When it was first shown at the Berlinale, the Berlin International Film Festival, Stolze realized she was the star of a huge hit.“It was a very emotional screening,” she recalled. “This little story from the Bavarian countryside touched them and made them laugh. And made them think... the Wall had just come down – people had other things on their mind, but still this movie got a lot of attention.”Stolze, who has had a long and distinguished career in German films, and who previously starred as anti-Nazi activist Sophie Scholl in Verhoeven’s The White Rose in 1982 (and portrayed the same character in a Percy Adlon film), said The Nasty Girl continues to have an impact because “it’s everybody’s story... people were in a ‘100-year sleep’ and this is the girl who woke them up. She was selfish and she was stubborn, but she is a woman who risks all she loves, a woman who has to fight many battles.This wasn’t just a story about one woman in the Seventies and Eighties, it’s everybody’s story.”Stolze herself remembered going for a walk as a child and stumbling on a small Jewish cemetery without realizing what it was.“That moment where the truth becomes really clear to you, your instinct is to create a fog where the guilt vanishes.”The Nasty Girl touched a nerve, Stolze said, because it pierced that fog.The movie’s release was a heady time for Stolze, who had just had a baby before the Oscar ceremony in 1991, when The Nasty Girl was nominated.“I had to run back and forth between my seat in the audience and one of the staff offices to breastfeed my baby,” she said.Looking back on the impact the film had, she said that, “It helped create a new spirit in Germany.Everyone knows now we in Germany need to take in more refugees from Syria. It’s a big discussion and it’s very much in the spirit of the movie.”