The revolutionary who changed Israel more than Aharon Barak

The truth is that former Supreme Court President Meir Shamgar in many ways started the judicial activist revolution long before Barak. 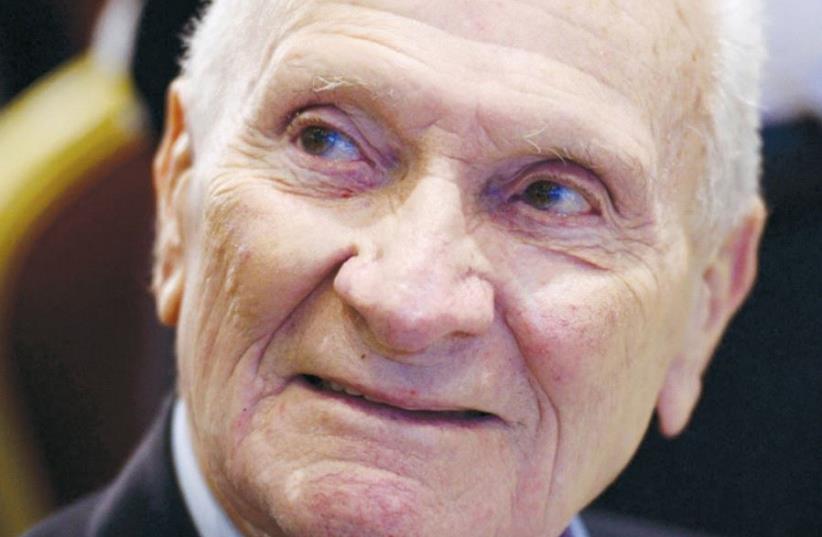 Meir Shamgar, former Supreme Court president
(photo credit: KOBI GIDEON/GPO)
Advertisement
Part of what was remarkable about the reactions to the death on Friday of former Supreme Court president Meir Shamgar at 94 was that everyone – from the political Right to the political Left – claimed him as their own. There were a number of major Israeli legal figures before Shamgar, but as Supreme Court president from 1983- 1995, attorney-general before that, IDF military advocate general before that and having run numerous key state commissions in later years, he is Israel’s modern legal founding father in a very real way. His successor, Aharon Barak, is usually accused by the Right of creating judicial activism in Israel. The truth is that Shamgar in many ways started the judicial activist revolution long before Barak (Simon Agranat and others also had some activist rulings, but not to the same extent). Much of what Barak did was just taking Shamgar’s trend forward during the period in which the Knesset passed the Basic Laws. Shamgar’s declaration of a range of new areas of law to be within the Supreme Court’s control, even without the Basic Laws, was in some ways far more radical. He also formulated Israel’s concept of belligerent occupation in the West Bank, which to this day limits what actions Israel can take in Judea and Samaria absent a clear government decision to annex the land. So why is Barak loved by only the Left and so derided on the Right, whereas Shamgar is claimed by all sides as part of their legal heritage? There is no one answer, but two obvious reasons are background and style. Most of those on the Right praising Shamgar – who was born in 1925 in Danzig (now part of Poland) and made aliyah in 1939 – note that he was a fighter in Irgun (Etzel). The British arrested Shamgar in 1944 for his activities in Irgun and sent him to prison in Eritrea, where he studied law by correspondence with the University of London. Following his release, Shamgar completed studies in history and philosophy at the Hebrew University of Jerusalem. Barak started his career as a professor loudly calling for judicial reform to more liberal values. Shamgar often took highly radical moves, bringing Israel in a liberal direction, but did it quietly and in an understated fashion. Barak sometimes made minor liberal moves, but wrote long decisions that were the legal equivalent of proclaiming the change from the rooftops. Some of it may have been timing. Conservatives worldwide had not grown the counter movement to judicial activism to the same extent during his tenure of 1983-1995 as they had by Barak’s time. But regardless of why, Shamgar’s revolution will probably be more long-standing than Barak’s. Some of Barak’s revolution has been rolled back over the last three Supreme Court presidents’ terms – Asher Grunis, Miriam Naor and Esther Hayut – since all three were and are more conservative than he was. In contrast, Shamgar’s revolution is embraced by most moderate activists and moderate conservative justices, and is also embraced current Attorney- General Avichai Mandelblit. Often when politicians call for a change in the current system, Mandelblit will agree – until it offends a principle of Shamgar’s. For example, Mandelblit frequently cites the Shamgar Commission for maintaining the attorney-general’s dual legal advice and lead prosecutor roles. The state also frequently cites Shamgar by name or his founding legal principles, in explaining limitations on what Israel can do in the West Bank, absent a clear annexation decision. In that way, even if the Barak revolution is being reduced or replaced, the Shamgar revolution will likely stand the test of time. When a revolutionary thinker is embraced as foundational by all sides, he has truly succeeded in his revolution. His casket will lie in state on Tuesday morning at the Supreme Court, before his burial later that day at Jerusalem’s Givat Shaul cemetery.