Approximately 150 trains were cancelled, affecting around 150,000 people including work commuters, students and soldiers returning to base. 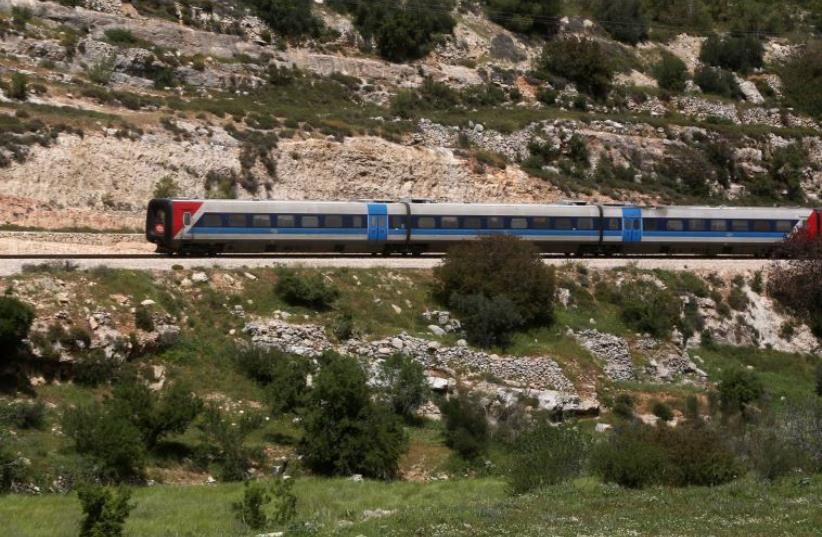 Israeli train
(photo credit: MARC ISRAEL SELLEM/THE JERUSALEM POST)
Advertisement
Heavy traffic jams have been reported in Central Israel all the way up to Haifa Sunday morning as Israel's busiest train route, Haifa-Tel Aviv, was temporarily closed due to maintenance. Approximately 150 trains were cancelled, affecting around 150,000 people including work commuters, students and soldiers returning to base.Numerous bus companies, including Egged, are increasing their operations by adding dozens of additional buses to lines in attempt to relieve some of the strain. The dispute over Shabbat work for the second weekend in a row erupted after United Torah Judaism’s representatives on a committee, formed to assess which transportation projects could be completed on the Sabbath, permitted none.Netanyahu blamed the crisis on Transportation Minister Israel Katz, whose political fate was up in the air at press time Saturday night. Likud sources said there was a good chance the prime minister could decide to fire Katz, a former close ally.“This unnecessary crisis was initiated by Katz in order to harm Netanyahu’s relationship with the haredi [ultra-Orthodox] community or alternatively to harm the prime minister’s image in the general public,” Netanyahu’s office said in a statement Saturday night.The statement said there was no reason for the work to be performed on Shabbat in the first place and that it could have been done at another time without hurting the religious population or public transportation users, including soldiers on their way to and from bases.“Israel Katz is holding the passengers and soldiers hostage in the artificial crisis he initiated after he failed to take over institutions in the Likud,” Netanyahu’s office said. “The prime minister is shocked by Katz’s cynical harm to the passengers and soldiers, and he is doing everything possible to minimize the damage.”But Katz’s associates said it was Netanyahu who initiated the crisis, because he was looking for an excuse to fire him. He kept mum, not releasing any official statements over the weekend.Allies of Katz in the Likud began efforts to prevent his firing.Labor and Social Services Minister Haim Katz (no relation) and coalition chairman David Bitan both volunteered to mediate between Netanyahu and Katz.Opposition parties said the prime minister is to blame.