Tragedy in the South: Toddler drowns in pool in southern Israel

Another in a tragically long list of accidental child deaths. 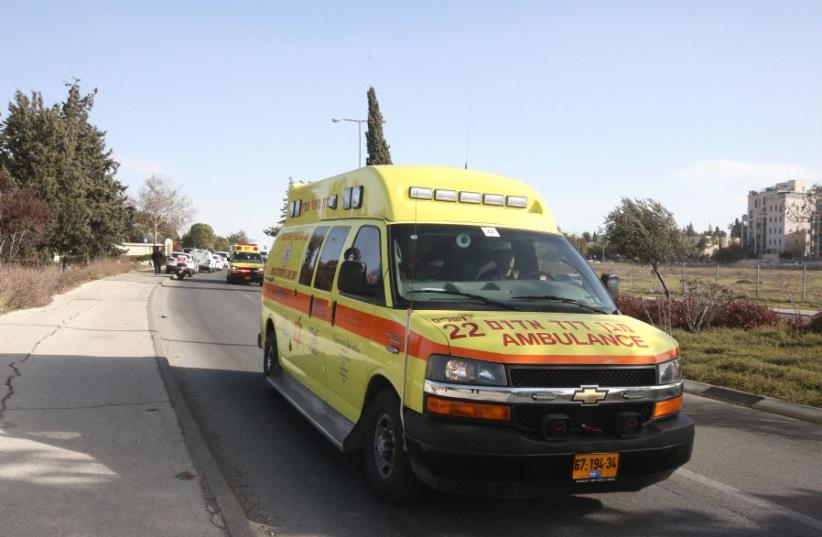 A Magen David Adom ambulance [File]
(photo credit: MARC ISRAEL SELLEM/THE JERUSALEM POST)
Advertisement
A toddler drowned in southern Israel on Friday, according to reports from Magen David Adom emergency medical services.Senior Magen David Adom medic Anis Abu Daabas said, "When we arrived, we saw the toddler lying unconscious near the edge of the pool, without a pulse or breath. We immediately began medical treatment and transported him to the hospital while continuing advanced CPR; he was alive.” However, doctors declared the child  dead at the hospital. Data from the Beterem for Children's Safety organization indicate that between 2008 and 2018, 161 children drowned in Israel. So far in 2018, four children have drowned. In 2017, 15 children drowned.Orly Silvinger, director of Beterem, said: "Preschoolers and children who do not know how to swim must be supervised by an adult when near water... In addition, measures must be taken to prevent children's access to the pool... private pools should be fully fenced-in and self-locking mechanisms must be installed on the gates. In addition, measures must be taken to cover the pool.”