Arriving in Israel for a wedding celebration, the two were turned away on suspicion of belonging to the Black Hebrew Community. 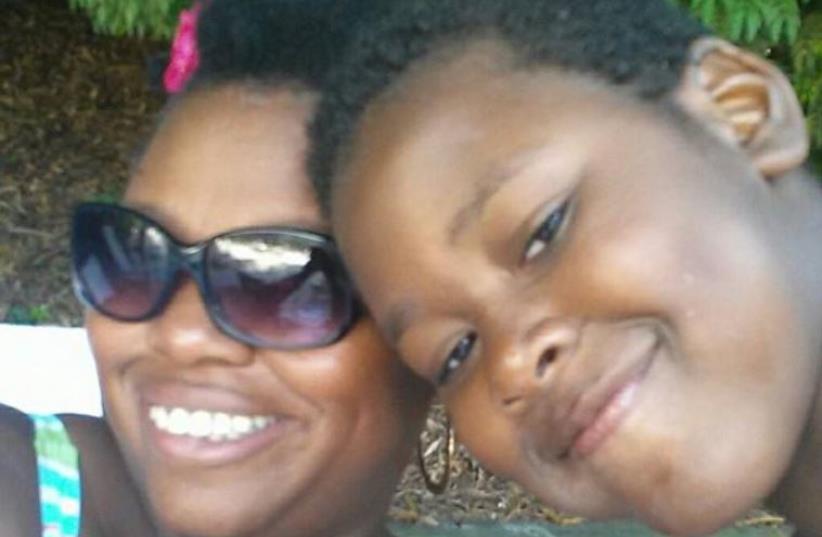 IDIT MALKA and her son Kahxin.
(photo credit: Courtesy)
Advertisement
An American convert to Judaism and her 10-year-old son were detained for almost 48 hours in a holding cell at Ben-Gurion Airport before being denied entry to Israel and placed on a return flight to the US.Idit Malka and her son Kahxin from Cape Coral, Florida, had arrived on June 12 to celebrate the wedding of Malka’s sister who lives in Yeroham, in the Southern District, and to spend time with her five other siblings, all of whom live in Israel.According to the Population, Immigration and Border Authority (PIBA), Malka and her son were turned away because of suspicions she belongs to the Black Hebrew community and was planning to remain in Israel instead of returning to the US on August 20, as her ticket stated.In an interview with The Jerusalem Post, Malka denied the accusation.According to the 40-year-old Malka, her family moved to Israel when she was young and belonged to the Black Hebrew community, but separated from the movement due to ideological differences in 1987, when she was 13.“None of my siblings belong to the community in Dimona, and I have been living as a Jew my entire adult life,” she said, adding that after returning to the US in her teens, she underwent a Reform conversion to Judaism in 1995 and a Conservative conversion in 2004, two years before immigrating to Israel.When she applied for Israeli citizenship upon arrival in 2006, Malka claims she was put through a bureaucratic tangle that lasted four years. With no end in sight, she and her children decided to return to the US in 2010.The June trip was her first journey back to Israel since she left, but it ended before it even began.“As soon as we arrived at the border control, the clerk took us to a sitting room,” said Malka. “I waited there for a good hour, until a woman came out and said that we were being returned. When I asked why, she asked me ‘why are you here?’ I told her that I was there for our summer vacation, to visit family and to attend my sister’s wedding. But I feel the denial of entry was made before I even had a chance to speak with anyone.”In its response to a query from The Post, PIBA wrote that Malka arrived at the airport without prior coordination with the Authority; changed the story of why she was visiting; and became violent and abusive when told her entry was being denied.“I told them from the beginning my reason for coming to Israel,” said Malka. “Once we were detained, we were never given any reason other than one female agent screaming at me ‘Eretz Yisrael isn’t a country for ‘cushim’ [a derogatory Hebrew word for the blackskinned].At that point, being so tired and humiliated, I did open my mouth and curse at her. But I was never violent, as they claimed.”Malka, who said she was allowed one phone call, contacted one of her brothers who arranged an appeal to an on-call judge. The judge ruled to uphold the denial of entry, and she and her son were put on a return flight to Florida.“If she had requested permission to come to Israel ahead of time, she would not have been rejected and could have prevented this from the beginning,” the PIBA’s spokesman, Sabine Hadad, said.According to the Foreign Ministry website, the Black Hebrew community has become an integral part of Israeli society since the Interior Ministry granted them permanent residency in 2003. This followed a multi-decade long battle that began shortly after the first members of the community arrived in 1969, led by Ben Ammi Ben-Israel.The Chief Rabbinate initially did not recognize them as Jews for the purposes of the Law of Return and their status remained in limbo until 1990 when they were issued B/1 visas, followed by temporary residency a year later. According to the website, more than 100 of the 2,500-strong Black Hebrew community are currently serving in the IDF.Nicole Maor, a representative of the Israel Religious Action Center (IRAC), which assisted Malka during her four-year-effort to become an Israeli citizen, said Monday that African- American converts to Judaism often encounter problems upon entry into Israel. She said this was because the legitimacy of their conversions are questioned by the Interior Ministry.In addition, African-Americans who plan to stay in Israel for extended periods or make aliya are scrutinized more closely due to suspicions that they will join the Black Hebrew community.Back home in Cape Coral, Malka said she still hasn’t come to terms with how she was treated.“My head was spinning,” she said. “I have a 10-year-old who wanted to visit his cousins and family, and he’s had his summer vacation ruined in the most horrific way.“As an American citizen, I shouldn’t need prior coordination to visit Israel. And a Jew does not need to coordinate before visiting her homeland.”Tamara Ungar contributed to this report.