Among the injured one is in critical condition, one mild, and the rest lightly injured. 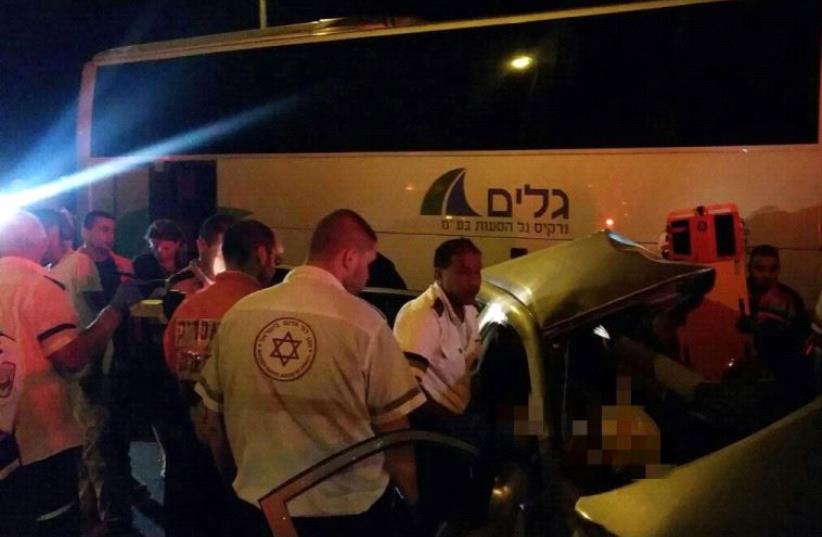 Traffic accident in South.
(photo credit: MAGEN DAVID ADOM)
Advertisement
A traffic accident between a bus and two cars left at least 18 people injured late Sunday afternoon, Magen David Adom reported.Both of the fatalities were traveling in a private car and around the ages of 30.The accident occurred on Route 31 near the Beduin village of Hura in the Southern District of Israel near Beersheba.The injured were transported to Soroka Univeristy Medical Center in Beersheva for treatment.Among the injured one is in critical condition, one mild, and the rest lightly injured.