The drone was equipped with a high resolution camera which was confiscated by authorities. 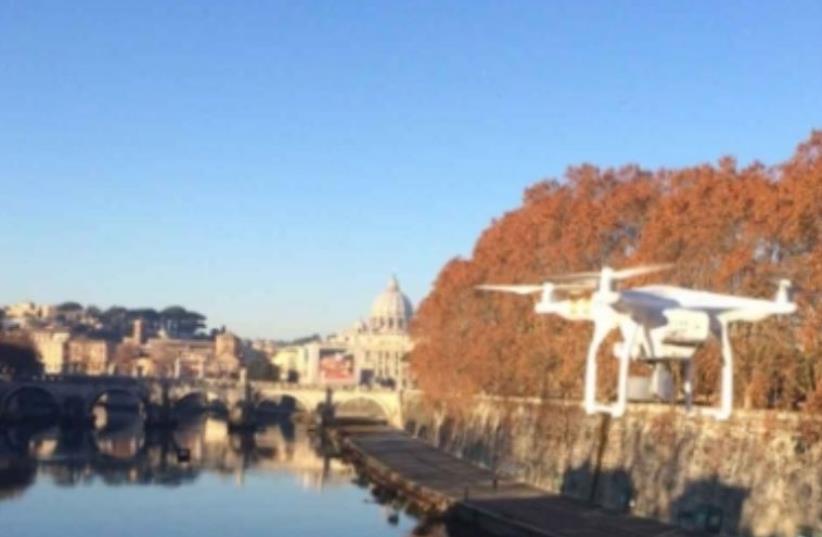 Drone flown by Israelis over Tiber River near Vatican
(photo credit: screenshot)
Advertisement
Two Israeli tourists were taken into custody for flying a drone over Vatican City, Italian media reported on Sunday.According to a report by ABC Radio, Rome police patrolling near the Vatican spotted the drone flying over the Tiber River and St. Peter’s Square on Sunday. While searching the area they found the two men on a bridge near St. Peter’s, and one of them was holding the remote control for the aircraft, the report stated.The two men were arrested and their equipment confiscated, including the drone’s high-resolution camera.The ABC Radio report said the two men will be charged for violating Italy’s Code of Navigation.After taking the two men into custody, Italian state police checked the backgrounds of both men with Interpol and Europol. Israeli diplomatic authorities have been notified about the arrests.The Catholic Herald reported in November that drones had been banned from the airspace over central Rome following the November ISIS attacks in Paris. An article in the Herald quoted Italian Interior Minister Angelino Alfano as saying in an address to parliament after the attacks that security would be stepped up around St. Peter’s Square and that “particular attention has been dedicated to the risk of an attack from the air, using drones.”The report added that Italy’s civil aviation authority also ordered increased security following the Paris attacks.