University presidents established an internal mechanism to grant two academic credits toward undergraduate degrees for students who serve a minimum of 18 days in reserve duty. 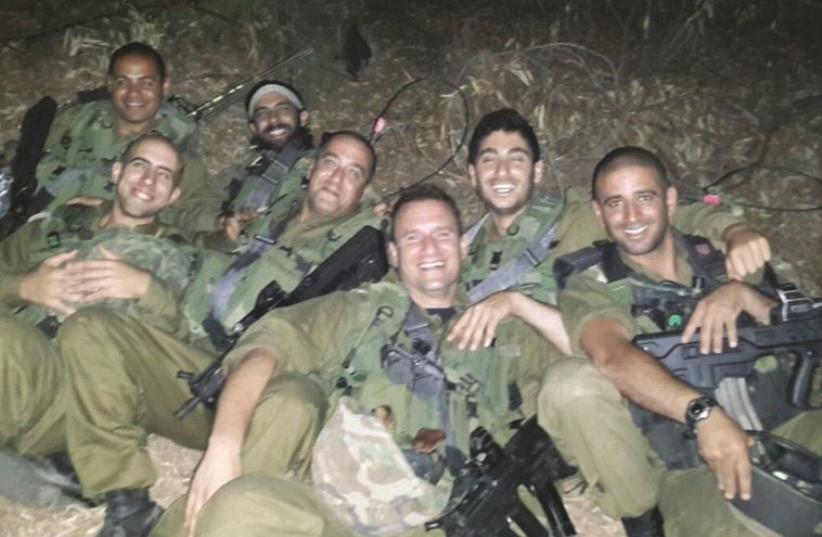 The 134th Battalion on reserve duty
(photo credit: Courtesy)
Advertisement
University students who serve long stretches in the IDF reserves will be eligible to receive two academic credits, the Association of University Heads in Israel (VERA) announced this week.The leading research universities adopted the decision in collaboration with Education Minister and Council for Higher Education chairman Naftali Bennett, the CHE and the National Union of Israeli Students.University presidents established an internal mechanism to grant two academic credits toward undergraduate degrees for students who serve a minimum of 18 days in reserve duty or in social initiatives per year.The universities also turned to the heads of academic colleges in the hope they would also adopt this as policy. However, due to a lack of a consensus, the academic colleges did not adopt the initiative.Tel Aviv University president and VERA chairman Prof. Joseph Klafter stressed that there is “great appreciation” in the research universities for reservists, from students and faculty members alike.Klafter added that every university currently operates a diverse support network that assists students in the reserves, which also aims to ease their academic workload during service.Last year, right-wing NGO Im Tirtzu reported that the majority of higher education institutions opt not to provide students serving in active reserve duty with academic credits, despite being permitted to do so by law.According to the Council for Higher Education, the report said, an institution that awards credits for social activity is permitted to do the same for reserve duty. However, only 16 out of the 63 such institutions in Israel took advantage of this.“This is a historic day in which the entire society recognizes the hardships and sacrifices made by IDF reservists in order to protect the State of Israel and its citizens,” said Im Tirtzu chairman Matan Peleg.“Reservists are the spearhead of Israeli society and we are very excited and proud that our work led to this important decision,” he added.