US approves munitions sale to Israel worth $1.87b 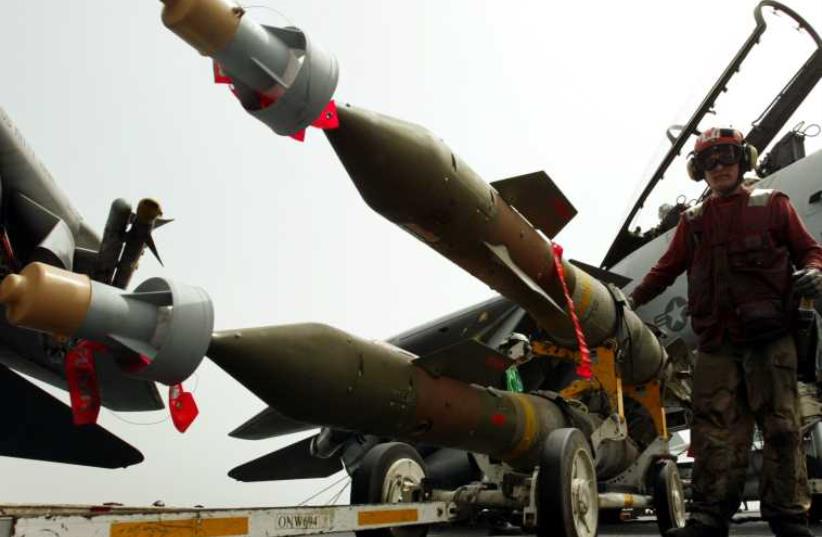 An aviation ordinanceman gets ready to load a couple of GBU-24 2000 pound "Bunker Buster" bombs onto aircraft on the flight deck of the USS Kitty Hawk aircraft carrier in the northern Gulf
(photo credit: REUTERS)
Advertisement
The US State Department this week approved the sale of $1.87 billion in munitions and precision guidance kits to Israel to improve the capability of existing systems and make it easier for US and Israeli military forces to work together.The Pentagon's Defense Security Cooperation Agency, which implements and oversees foreign military sales, notified lawmakers on Tuesday about the proposed deal. It said the main contractors would include Boeing Co, Lockheed Martin Corp , General Dynamics Corp, Raytheon Co.It said Israel had requested a possible sale of 14,500 KMU-556C/B Joint Direct Attack Munitions (JDAM) tail kits built by Boeing to convert "dumb bombs" and make them precision guided weapons, as well as assorted bombs, missile and other munitions.Lawmakers have 15 days to block the potential sale, but such action is rare since deals are carefully vetted before they are formally notified to Congress.