Ten American pilots and their wives took a VIP tour of Israel to see what has become of the country since they helped to fend off the surprise onslaught by its Arab neighbors 44 years ago. 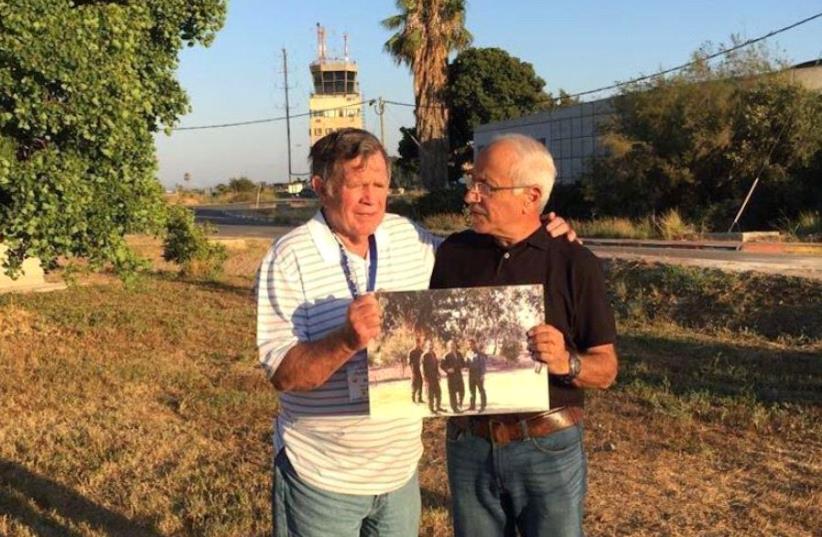 Retired U.S. fighter pilot Roy “Bubba” Segars and retired Israeli fighter pilot Jacob “Booby” Daube holding a photo they took together during the 1973 Yom Kippur War at the same Tel Nof airbase in Israel, June 28, 2017
(photo credit: IDF SPOKESMAN’S UNIT)
Advertisement
TEL AVIV– The arrival of US fighter jets in Israel, as part of a month-long arms drop, was critical to turning the tide of the Yom Kippur War in favor of the Jewish state.But for the American pilots who volunteered to deliver the aircraft, it was just another mission. Alan Chesterman, part of a US Navy squadron that flew a handful of the jets, said he had little knowledge of Israel or its security situation when he landed here in October 1973.“We knew we were flying into a combat zone, but we didn’t know anything about it,” he said. “It was more like I’m young, adventurous and fearless – you might say young and stupid. I just lived to fly.”Chesterman, 72, was one of two pilots who this week reunited with some of the Israelis to whom they handed the Douglas A-4 Skyhawks. Along with nine other American pilots and their wives, they took a VIP tour of Israel to see what has become of the country since they helped to fend off the surprise onslaught by its Arab neighbors 44 years ago.The Americans landed at Ben-Gurion Airport Saturday on commercial flights, and have since been traveling around the country and receiving briefings from top military officials. They visited the Tel Nof airbase Wednesday, where they exchanged war stories with more than a dozen Israeli pilots who flew the American Skyhawks and recreated a photograph several of them, including retired US fighter pilot Roy “Bubba” Segars, 76, and former Israeli airman  Jacob “Booby” Daube, had taken together during the war. 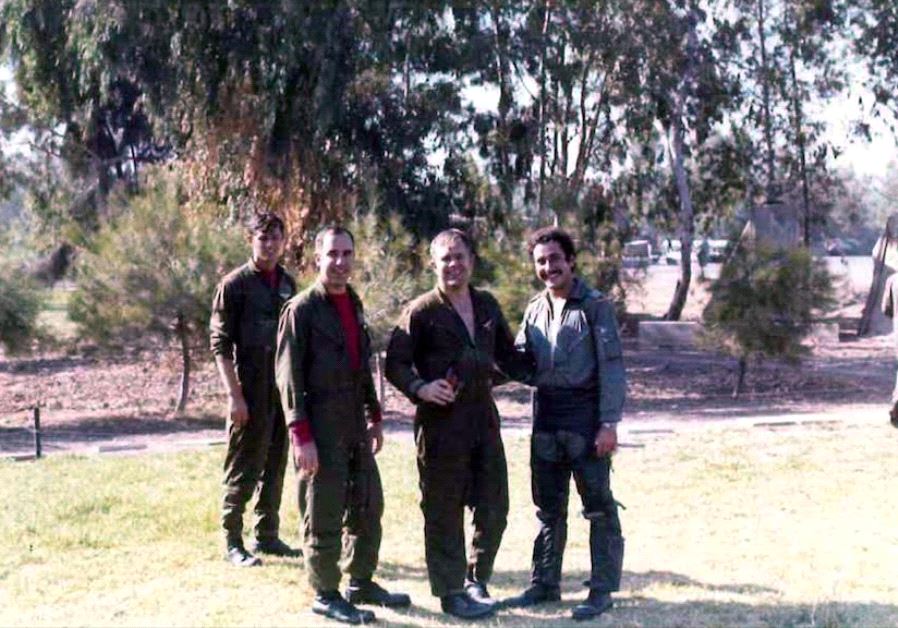 On Thursday, the American pilots attended a flight course completion ceremony at the Hatzerim Air Force base, where they saw Israel’s Prime Minister Benjamin Netanyahu and President Reuven Rivlin speak.Rami Lothan, 65, an Israeli Air Force pilot who greeted the Americans in 1973 and flew one of the Skyhawks in the war, participated in a flight show at the event, flying a propeller-driven training plane. He helped organize and host the trip after meeting members of the group at flight shows in the United States.Lothan said that in the midst of the Yom Kippur War — in which a coalition of Arab armies led by Egypt and Syria caught Israel unprepared on the holiest day of the Jewish calendar – the Israeli pilots had not been able to appreciate the arrival of the Americans, who were fighting the Vietnam War at the time. This week’s visit, he said, has been an opportunity to reflect.“I don’t think we had enough time to sit down and appreciate what was happening. Whatever we could fly, whatever could carry bombs, we flew it,” he said. “But seeing these guys; it’s like lost brothers. I can admire pilots who don’t have any connection to the Middle East, and they just completed tours in Vietnam, and they all volunteered to come here and help us out.”Chesterman recalled that he was stationed at the naval airbase in southern California when the squadron skipper asked for volunteers for a dangerous and unspecified mission. Almost all the pilots raised their hands. Over the course of two days, they made their way to Israel, stopping several times along the way, including in Spain, the only European country that would have them en route to Israel.Segars, the other pilot from the mission now in Israel, fired some rounds toward Libya on the way. 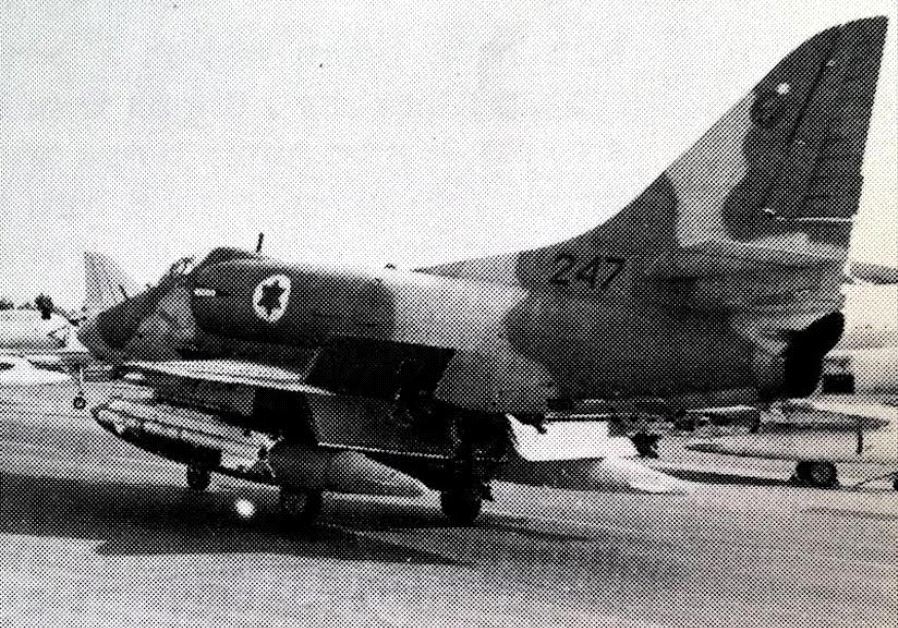 Although the Americans were only in Israel for a few hours, Chesterman gathered that the country was fully mobilized for war. He recalled seeing the wife and children of a soldier camped in a tent along the runway of the airbase, with their clothes drying on an air defense battery.“That when it hit me: I think they’re not just fighting for territory. They’re literally fighting for their lives,” Chesterman said. “The whole family was basically called up for active duty and was there for the duration. We don’t have to do it that way in the United States.”Chesterman said the Israelis welcomed the American pilots with a friendly meal on base, during which he and his fellow pilots “did our best to drink all their booze.” One of the Israeli pilots who had been drinking with them suddenly excused himself, saying he needed to return to the war. Only then did the Americans realize he had been drinking iced tea, not beer.Segars – the pilot who “fired at Muammar Gaddafi,” as Chesterman put it – earnestly tried to convince the Israelis to let him join the battle. But the several beers he had just downed “disabused him of opportunity to go fight in someone else’s war, Chesterman said.Until recently, Chesterman had been afraid to return to Israel because he thought it was unsafe. But this was his second trip to the county in the past two years, and he said he has learned to take comfort in the fact that “the good guys have all the guns.” He has also gained an appreciation for the role he played in helping Israel at a moment of profound crisis and what the country has become since.“I’m completely impressed by the way the Israelis conduct themselves,” he said. “They are proud of their country. It’s so young, with so many smart people and technology, but also has so much history. It’s an incredible places. If it weren’t for my kids and grandkids back in the states, Israel would be at the top of my list of places to live.”