WATCH: Thousands of ultra-Orthodox take to the streets to protest IDF draft

Dozens of ultra-Orthodox men blocked main traffic arteries to protest the arrest of religious men who defied draft warrants by the IDF.

Ultra-Orthodox protesters heavily outnumber police in Jerusalem anti-draft protest. October 19, 2017 (Seth J. Frantzman)
Advertisement
Over 1,000 haredi (ultra-Orthodox) demonstrators protested the mandatory army draft at various points throughout Jerusalem on  Thursday, heavily outnumbering police.In Mea Shearim, a largely haredi neighborhood in the capital, protesters blocked roads near the light rail train, chanting and burning trash. Twenty protestors have been arrested, according to Police Foreign Press Spokesman Micky Rosenfeld.Up north, in Safed, about 20 haredim blocked a road in Ganei Hadar Square, according to the Police Spokesperson's Unit.Earlier Thursday, dozens of protestors blocked Route 446, one of Israel's main traffic arteries, which passes the Green Line throughout most of its 31 km. The demonstrators blocked the road to protest the arrest of haredi men who defied draft notices and refused to start their recruitment into the IDF (which all Israelis begin at age 16, two years prior to the beginning of their mandatory military service). Multiple police forces arrived at the scene to disperse the demonstration, which caused traffic jams across the country.

The demonstration follows a similar protest which took place Wednesday, when two yeshiva students were detained by police and transferred to the care of military police after they were declared defectors. Throughout the day, hundreds of protesters who are members of an extremist, Jerusalem-based group that resists Zionism and does not acknowledge the State of Israel, took to the roads of Jerusalem, Ma'ale Adumim and Beit Shemesh in violent demonstrations that caused significant traffic jams. Police arrested six of the protesters who attempted to block a police vehicle, and an additional three men were detained after they refused to evacuate the road. 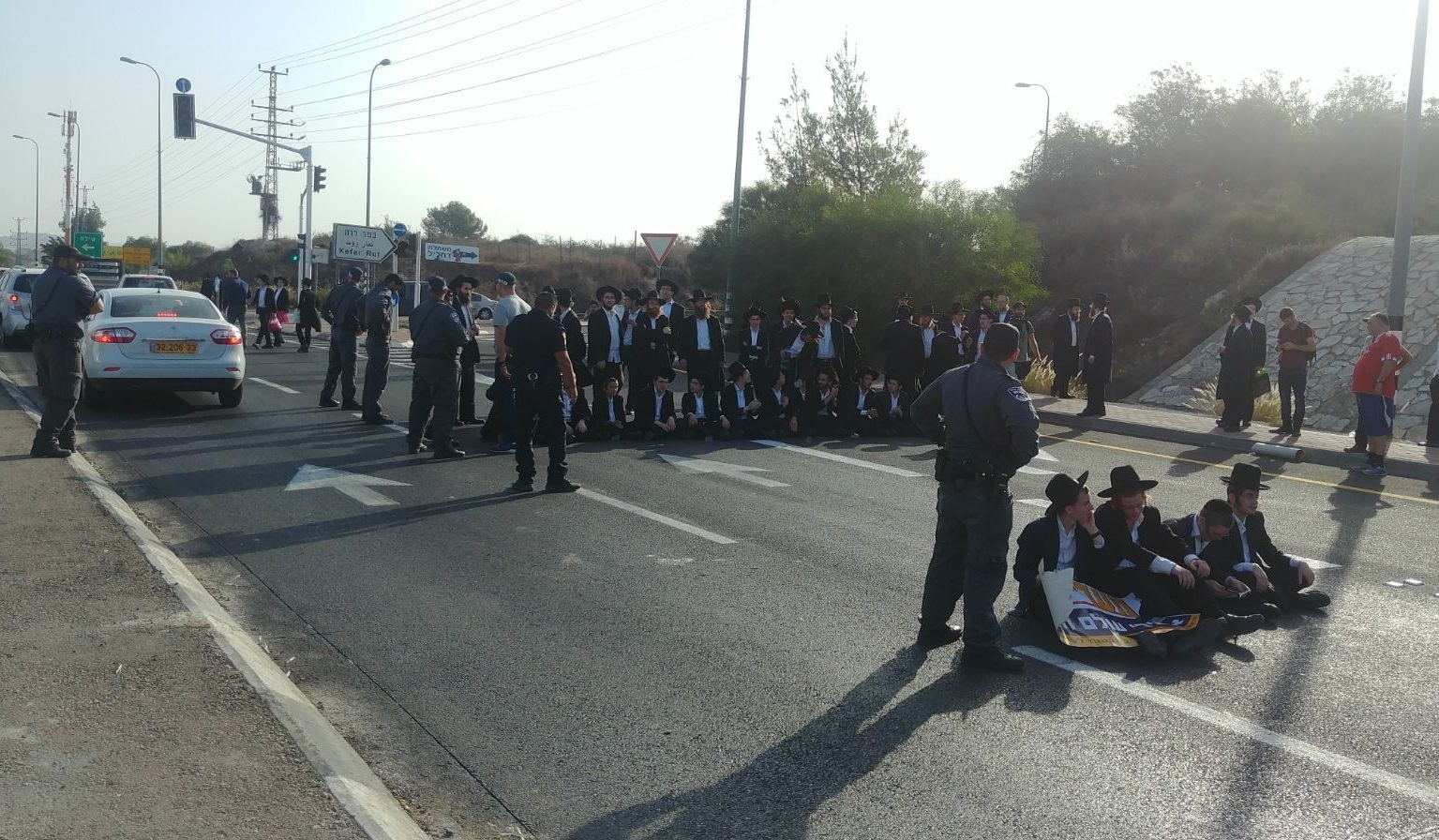 On Tuesday, 40 demonstrators were arrested in the largely haredi city of Bnei Brak. According to police, the protesters, who were demonstrating against the arrest of haredi defectors, rushed into the road, endangering drivers as well as pedestrians, and blocking traffic. Police also noted that they attempted to attack policemen. Multiple such standoffs between haredi demonstrators and police took place in recent weeks, and the police have said they are preparing for additional protests in the future.