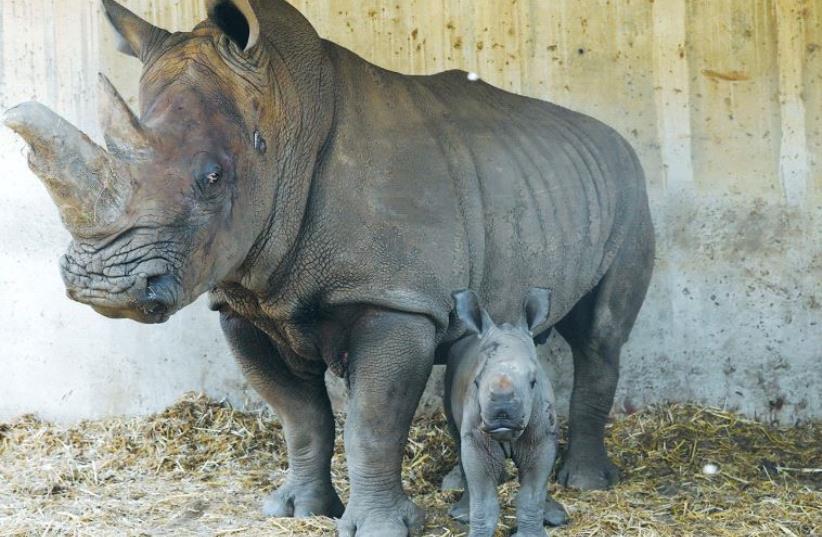 TANDA AND her calf Tupak relax in their enclosure at the Ramat Gan Safari over the weekend.
(photo credit: REUTERS/BAZ RATNER)
Advertisement
While 2Pac the rapper’s existence might still be up for debate, one baby white rhinoceros named Tupak is most certainly alive and has been tasked with helping to save a dwindling population.Tupak, whose name means “warrior” in Swahili, last week was the 28th rhinoceros to be born in the Ramat Gan Safari.In a few days, Tupak and his mother, Tanda, 23, will be released to the open African territory on the zoo’s grounds to join the herds of rhinos, zebras, antelopes, hippos and other animals, the Safari said.“She is nursing him and taking very good care of him,” said Gali Berkovich, an enrichment coordinator and animal trainer at the park. “Rhinos are highly endangered animals...so this is why every birth is very important not just to us but for the entire species.”