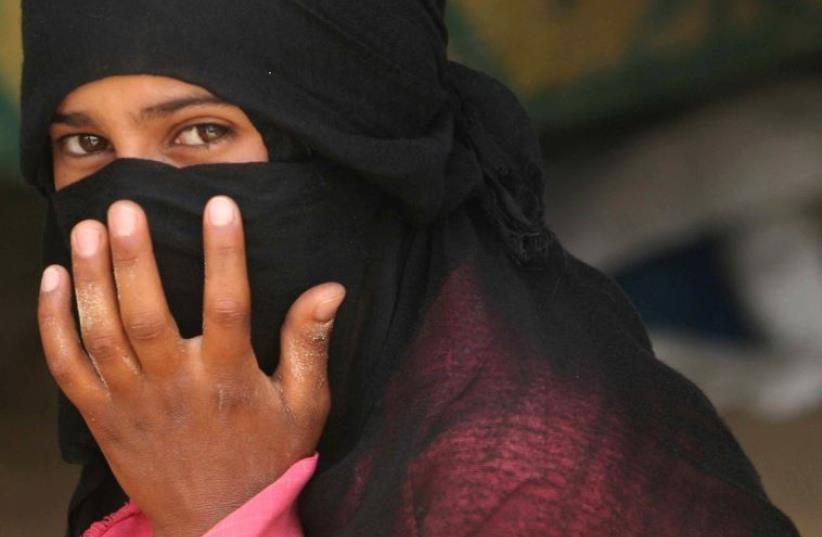 A Beduin woman from al-Aweida tribe sits next to her tent in north Sinai
(photo credit: REUTERS)
Advertisement
The key to fighting polygamy is educating women, Justice Minister Ayelet Shaked said on Tuesday, announcing her plan to the Knesset Committee for the Advancement of the Status of Women and Gender Equality.Shaked called the phenomenon, prevalent mostly in the Beduin community, “important and complex… requiring in-depth investigation and intense treatment.”The justice minister added that, as part of the interministerial effort, Education Minister Naftali Bennett created a five-year plan to build more schools in Beduin towns, and thus encourage more girls to continue to go to school.Shaked emphasized the role of local leadership in solving the problem, and welcomed cooperation with Arab MKs.“We understand that the change must come in cooperation with the Beduin leadership, Beduin female leadership and Shari’a courts,” she explained. “I promise we will do everything in dialogue with everyone, and with sensitivity.”Shari’a Courts Chief Kadi Iyad Zahalka said “Islam is a monogamous religion, not a polygamous one.”Zahalka said that, following Shaked’s instructions, Shari’a courts in Israel will “act so that Muslim society is monogamous and respectful to women.”During the discussion, a woman who was in a polygamous marriage and has 11 children said she suffered as a first wife.“After he married again and left us, our children were lost and became victims,” the woman said. “I had to choose whether to go to work or raise them. I couldn’t manage both. When a man marries another woman, the previous wife is no longer a priority. All the responsibility falls on her and the father won’t help... There is no father to help my children... The first wife pays the heaviest price, and so do her children.”A position paper by the NGO Itach-Ma’achi – Female Lawmakers for Social Justice, says that nearly 40% of Arab families in the Negev are polygamous, and that polygamy is often forced on the wives. According to the organization’s finding, many of these women are physically and emotionally abused, and many live in extreme poverty and have limited access to medical and welfare services, as well as to employment and education.“These are de facto abandoned and single mothers, when the father of their children married a second and third wife and abandoned his responsibilities toward them and their children. Even worse, these weak women are subject to extreme violence by the men in their families and live under tribal patriarchal violent discipline that limits their movement under threat of taking their children from them,” Itach-Ma’achi reported.Joint List MK Haneen Zoabi, however, accused Shaked of trying to “use Palestinian women’s wombs as a means of control.”“We refuse to see polygamy as a legal issue, and see it as a social one threatening the status of women and the social, moral and even political strength of Arab society,” Zoabi said. “We are suspicious of the government’s efforts... as being motivated by an attempt to control Arab demographics.”According to Zoabi, polygamy happens in Beduin society not because of a longstanding tradition, but because of Israeli actions, in that “the man loses control of his land... and takes out his frustration and lack of control by controlling more women.”