Though the investigation is still ongoing, police suspect that the 30-year-old woman’s ex-boyfriend murdered both victims before fleeing the scene. 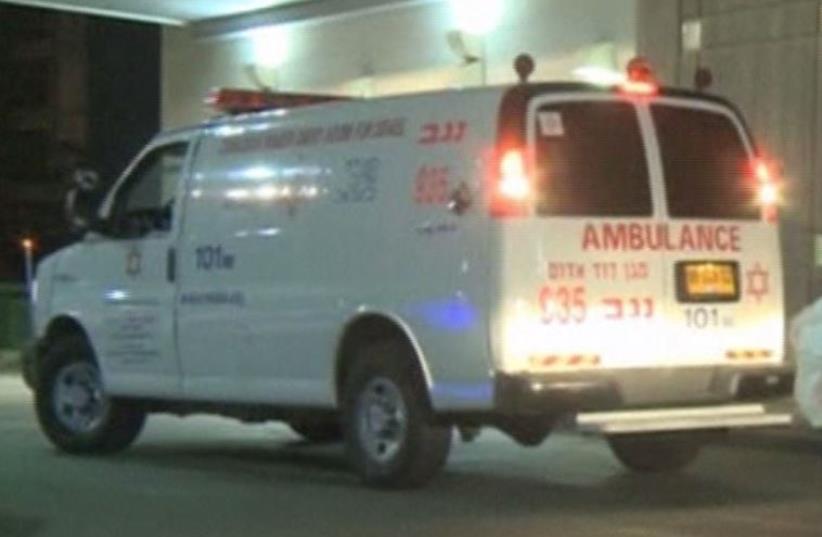 Ambulance (illustrative)
(photo credit: screenshot)
Advertisement
A hunt is on for the ex-boyfriend of a Rishon Lezion woman who was shot dead in her apartment in the city on Wednesday, hours after she had returned from a battered women’s shelter.In the same apartment, police and paramedics found the body of a 34-year-old man who she had recently begun dating.Though the investigation is ongoing, police suspect the 30-year-old woman’s ex-boyfriend murdered both victims.According to Moti Ajami, Rishon Lezion deputy mayor and head of the city’s social services department, on Sunday evening the victim contacted police to say she had received death threats from her ex, and asked for help. Ajami said police contacted the social services department, who sent her that same night to a battered women’s shelter in Hadera.Ajami said that already on Wednesday she made the decision to come back home, and told social workers that she felt cut off from the outside world, and missed her two children.Ajami said they warned her, but she told them she was staying at her grandmothers and that she felt safe.He added that before Sunday night, social services had no report of problems with the woman and her ex.He added that the woman’s two children are with their extended family and receiving assistance from social workers.Yael Gold, the executive director of the organization “No to Violence Against Women,” said Wednesday, “This is now another statistic. How long will this bloodletting of women killed by their partners continue? This is not fate, this is not beyond our ability to stop, we need to bring this issue to the top of the daily agenda and decide that women are not abandoned, are not just another line in the newspaper, they are mothers, sisters, daughters, and the harm done to them hurts all of us.”On Wednesday evening, police attained a gag order banning the publication of any details of the investigation.