The prime minister's son clears the air about his future plans. 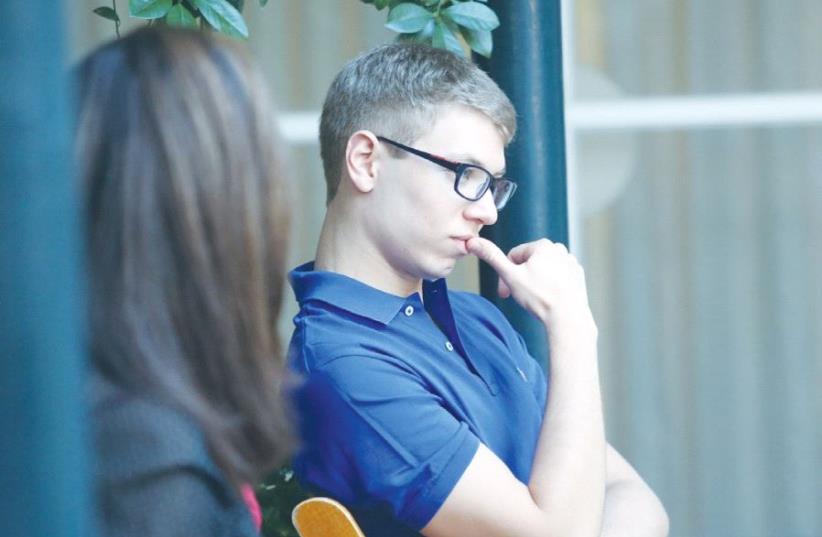 Yair Netanyahu
(photo credit: MARC ISRAEL SELLEM)
Advertisement
Prime Minister Benjamin Netanyahu’s son Yair said Wednesday he does not plan to become a politician despite years of rumors to the contrary.The younger Netanyahu said a few words in honor of his father during a celebration of the prime minister’s 68th birthday in the Knesset.“I admire what you do for the nation and the land, but I will never enter politics,” Yair Netanyahu said, according to sources in the room.His message may be of great comfort to his father since, in an interview aired earlier this month on Fox News, Netanyahu said he does not want his children to follow him into politics: “It doesn’t help.I mean it may not help, but yeah, of course, because it’s a very tough life.” He also said that “maybe one” of his sons was interested in politics, “but I hope not.”Rumors that the prime minister’s 26-year-old son would enter politics began when he worked on the Likud’s 2015 campaign, though he had not shied away from political issues earlier, when he was a Hebrew University student and an active member of the Likud group on campus.He courted controversy on more than one occasion this year with Facebook posts written under the name “Yair Hun.”In one, he posted an image using antisemitic tropes to depict US Jewish billionaire George Soros, who funds leftwing causes and organizations in several countries, as controlling the world.Several weeks before that, he wrote that “the thugs of Antifa and [Black Lives Matter] who hate my country (and America too in my view)” are more dangerous than “neo-Nazis scum.”In another incident, a neighbor of the Prime Minister’s Residence accused the younger Netanyahu on Facebook of not cleaning up after the family’s pooch, Kaya.

“Sixty-One,” a Molad social media project, then posted a graphic listing “Five things you didn’t know about Yair Netanyahu,” including that he lives in the Prime Minister’s Residence and is the first son or daughter of a prime minister to receive around-the-clock security as an adult, and that he traveled abroad on Australian billionaire James Packer’s dime and stayed in his homes.

Molad then decided to sue Netanyahu for NIS 140,474 over his response to the post, in which he called Molad “an anti-Zionist organization” that is funded by the “fund to destroy Israel,” an apparent reference to the New Israel Fund, which used to but no longer contributes to Molad.