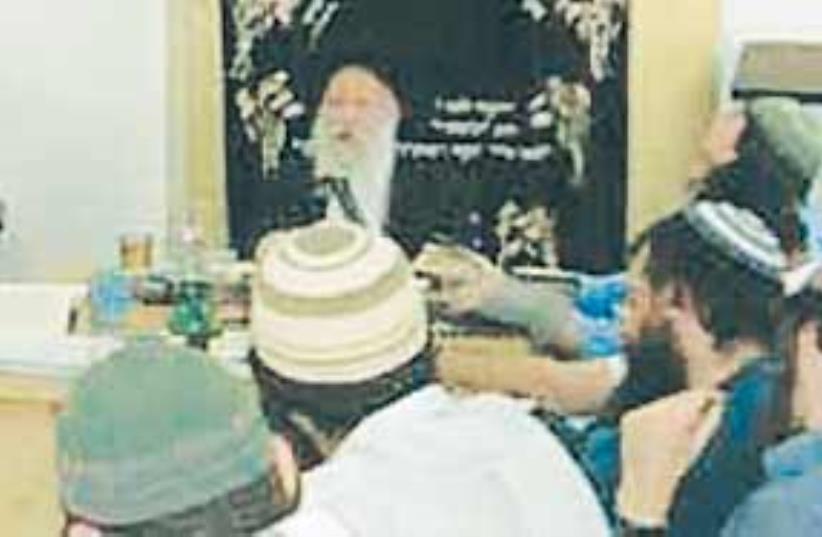 yitzhar311
(photo credit: Od Yosef Chai)
Advertisement
Police arrested Rabbi Yosef Elizur-Hershkowitz from Yitzhar before dawn on Thursday on suspicion of incitement to racial violence, possession of racist texts, and possession of material that incites to violence.Elizur and Rabbi Yitzhak Shapira, also from the Yitzhar settlement near Nablus, wrote Torat Hamelech (The King’s Torah), a book that discusses the rules of war. In it they say it is permissible to kill young children if it is foreseeable that they will grow up to be mortal enemies of the Jews, or to put pressure on an enemy leader.

Hours after Elizur-Hershkowitz’s arrest, the Rishon Lezion Magistrate’s Court released him and criticized police for failing to invite him to a local police station for questioning before resorting to an arrest.Adi Kedar, Elizur’s attorney, who is a member of the Honenu organization, which represents Israelis who “are confronted with legal issues relating to their personal commitment to the struggle for the Land of Israel,” slammed police over the arrest, saying that “neither police nor the courts have the authority to deal with theological in-depth studies.”The arrest was also criticized by the Samaria Citizens’ Committee, which described it as a “transparent attempt by the Shin Bet (Israel Security Agency) to create artificial headlines.”The book has triggered controversy since being published in 2009, and police questioned Shapira over the texts last month, while raiding the Od Yosef Chai yeshiva in Yitzhar to confiscate copies.Dov Lior, the chief rabbi of Hebron and Kiryat Arba and the head of the Rabbinical Committee of the Council of Jewish Communities, and Rabbi Ya’acov Yosef, son of Shas spiritual leader Ovadia Yosef, provided endorsements for the book, and refused requests by the police’s National Serious and International Crimes Unit to arrive for questioning at the unit’s Lod Headquarters earlier this month.Rabbi Yitzhak Ginsburg, head of the Od Yosef Chai yeshiva who wrote a three-page endorsement for the book, used his police questioning to say that the book’s conclusions are not practical Halacha, but rather in the realm of hypotheses and principles of Halacha.Hundreds of primarily national- religious rabbis took part in a convention “in honor of the Torah and its independence” on Wednesday, following Lior and Yosef’s summoning by police.Without endorsing the content of the book, the participants maintained that police should not get involved in matters pertaining to halachic discourse.Senior figures such as Ramat Gan Chief Rabbi Ya’acov Ariel and Rabbi Haim Druckman, head of the Ohr Etzion Yeshiva, were also present at the event.
Jonah Mandel also contributed to this report.