Even though not clearly observant, Yiddishkeit is manifest in Singer’s writings. The presence of God can be seen in his writings.

Old Truths and New Clichés is a compilation of 19 essays by Isaac Bashevis Singer. Written mainly in Yiddish, these are now appearing in English for the first time.

Singer is known mainly for his short stories and fictional works. During his lifetime he did not publish a volume of his non-fiction writings, many of which have passed into libraries and archives.

He was born in 1902 in the village of Leoncin, Poland. In 1907, his family moved to Warsaw, where his father became head of the Radymin Yeshiva. They subsequently moved to an apartrment on Krochalma Street, where Singer spent much of his youth.

The Singer family home was religious. It was full of books and discussion, all of which influenced Isaac’s development. His parents worshiped Jewish books and contended that books of other faiths were false, declaring that parchments and prophets belonging to other faiths could not be relied on.

Singer, however, began to develop different ideas. As he read books outside the Jewish faith, he came to the conclusion that the existence of God, the soul, free will and other religious truths could not be proved simply by logic. He found arguments for and against religion in such books as the Guide for the Perplexed; The Kuzari; Beliefs and Opinions; and Duties of the Heart. 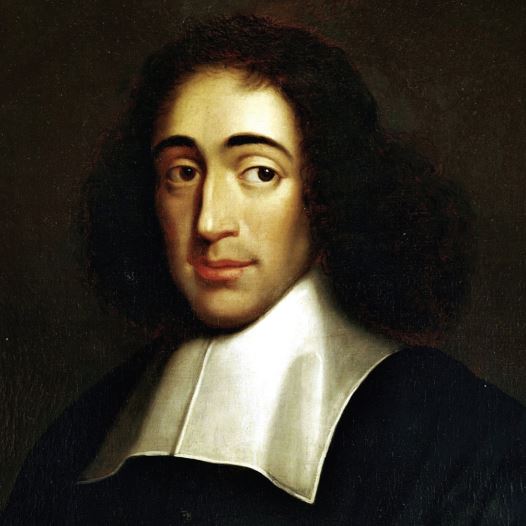 He read Spinoza’s Ethics and Kant’s Prolegomena and Treatise on Human Understanding. He delved into a Yiddish pamphlet on Darwin, but was not satisfied by it, and although ready to admit that evolution had taken place, he insisted that there must have been underlying powers, with a purpose and meaning.

What impressed him most was the Kabbalah, in terms of which everything begins with God. His understanding of Kabbalah was deep and complex. In differentiation to Spinoza’s God, which he saw as static, Singer understood the God of the Kabbalah to be creative and, in a sense, dependent on His creatures. Singer came to the conclusion that God is free and that He delegates freedom to His creatures because without freedom, creation is impossible.

Being moved by Kabbalah, which he saw as a divine experiment, Singer insisted that it was not a closed system like that of Spinoza but that it left open many possibilities for religious thinkers and mystics. He believed Kabbalah to be an artist’s philosophy and that it was not incongruous with modern science. Its belief that everything is an emanation of God’s light accords with Einstein’s law that mass is basically energy. It tells us that if you want to know what God is, learn what you are.

EARLY STORIES about Isaac Bashevis Singer: When he was born, his mother asked the midwife, “Is it boy or a girl?” To which the midwife answered: “It’s a writer!”

As a young child at school, even before he knew the alphabet, he took a pen, dipped it in ink and began to scribble on paper. The Sabbath was an ordeal for him because on that day writing was forbidden.

In 1917, his mother took him to Bilgoraj, then occupied by the Austrians. While there, he became acquainted with the literature of other nations, reading translations of Tolstoy, Dostoevsky, Gogol, Heine, Goethe, Flaubert, Maupassant, Jack London and Edgar Allen Poe. He also read philosophy.

On the outside, he was seemingly just a hassidic boy who studied Gemara, prayed three times a day and donned tefillin, but storms were taking place within him all the time. He began to write in Hebrew and questioned what made literature great.

His elder brother, Israel Joshua Singer, also a writer of eminence, went to Russia, where he worked for the Yiddish press and published his story “Pearls.” There were many other recognized writers, but Singer recognized that their art was neither new in spirit nor style. According to him, much of their writing, attempting to be politically correct in accordance with the times, was banal.

In 1938, foreseeing the advent of the Germans in Poland, Singer migrated to the States. His writing was in Yiddish, but many of his works were translated into English. His reputation as a writer grew, and in 1989 he was awarded the Nobel Prize in Literature – the first for a Yiddish writer.

Even though not clearly observant, Yiddishkeit is manifest in Singer’s writings. The presence of God can be seen in his writings. But influenced as he was by Kabbalah, which proposes seeing an endless struggle between light and darkness, there are also indications of negative aspects – spirits, demons and dark powers.

He was aware of the importance of “old truths” in literature, believing that the true artist is at all times steeped in tradition and folklore. Just as a plant must have earth and water to grow, artists must cleave to their personal environment, their youth, the folklore of their land and the juices that feed the fantasies of their people.

Artists, like plants, must have roots, and the deeper the soil, the deeper the roots. Singer recognized that much of contemporary literature was neither new in spirit nor style. In an attempt to be politically correct in accordance with the times, it was banal and had simply dressed up old clichés in “red clothing.”

Singer thought deeply about what made good literature, which is powerful and must bear the creative fingerprint of its individual creator, whereas at the time it had undergone a sort of amnesia and had been influenced by new clichés, whereas it needed to – and doubtless will – return to old truths.

The book opens an understanding to the writing of Isaac Bashevis Singer and makes for a powerful and fascinating read. 