'Lebanon banned the movie because... it has a woman who speaks' 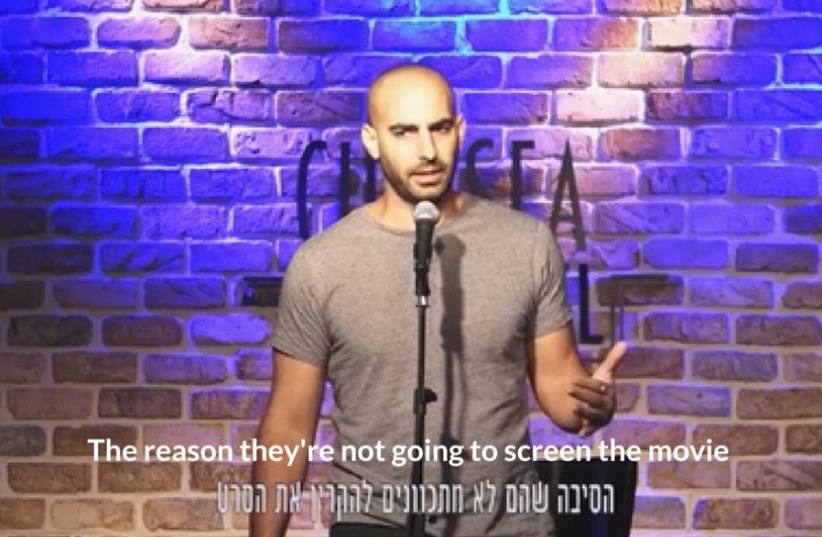 Yohay Sponder
(photo credit: screenshot)
Advertisement
In case you missed it, Gal Gadot aka Wonder Woman is taking the world by storm, and Israel could not be prouder. Some countries, however, have banned the film allegedly because the lead actress is an Israeli who served in the IDF.
Yohay Sponder Shahar Hason Funny Monday 27
Yohay Sponder and Shahar Hason, two of the very funny Israeli comedians doing stand-up in English, explain the 'real' reason Lebanon and other Arab countries won't show the international blockbuster, plus their thoughts on Gilad Shalit, texting while driving, and NYC taxi drivers. Upcoming Shows - GET TICKETS HERE
June 19, 2017 - Tel Aviv
June 26, 2017 - Tel Aviv
July 3, 2017 - Tel Aviv
July 10, 2017 - Tel AvivClick below to connect with Yohay, Shahar, and the Israelis doing stand-up in English:
Tickets and Information
Follow Yohay on Facebook
Follow Shahar on Facebook
Watch More on YouTube
Download the App