The 86-year-old silver-screen legend is generating serious awards buzz for her performance in The Life Ahead, her first major film role in 11 years. 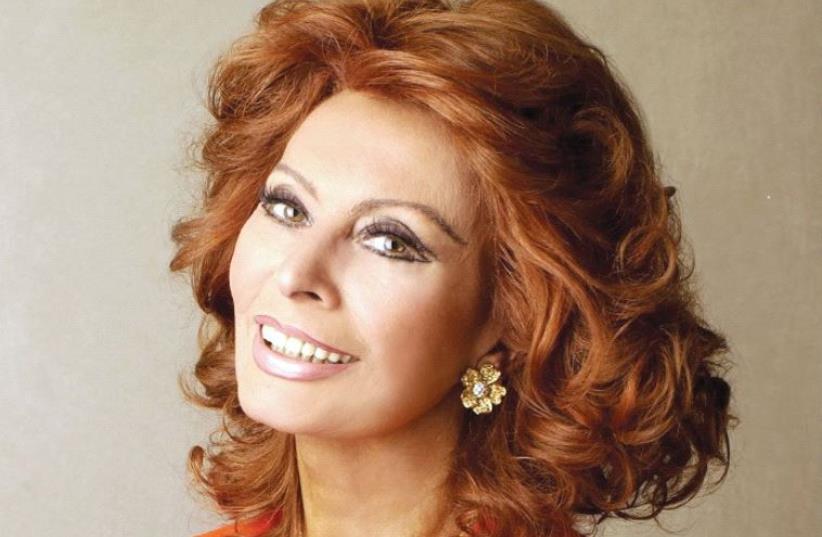 Sophia Loren
(photo credit: SCOTT STANDER GROUP)
Advertisement
Sophia Loren might have a new man in her life soon – and his name is Oscar.The 86-year-old silver-screen legend is generating serious awards buzz for her performance in The Life Ahead, her first major film role in 11 years.The Netflix feature, directed by her son Edoardo Ponti, has Loren playing Madame Rosa, a Holocaust survivor who befriends a Senegalese boy while raising children of prostitutes.Loren’s most recent cinematic role was in the 2009 Daniel Day-Lewis musical Nine.“In my career, I’ve worked with the biggest studios but I can safely say that none have had the breadth of reach and the cultural diversity of Netflix, and that’s what I love about them,” said Loren in February, according to Deadline. “They have understood that you don’t build a global studio unless you cultivate local talent in every country and give these unique voices an opportunity to be heard.”In 1962, Loren became the first actor to win an Academy Award for a non-English-speaking performance. Her critically acclaimed performance in Two Women as a World War II rape victim bested the likes of Audrey Hepburn for Breakfast at Tiffany’s, Piper Laurie in The Hustler and Natalie Wood in Splendor in the Grass.Loren would receive a second Oscar nomination for her 1964 performance in Marriage Italian Style.The lone other Academy Award Best Actress winner for a non-English role is Marion Cotillard as Edith Piaf in La Vie en Rose.Only one man has taken home the Best Actor Oscar for a foreign role – Roberto Benigni for 1998’s Life Is Beautiful.With the Academy of Motion Picture Arts and Sciences easing regulations requiring feature-length films to screen for at least one week in theaters due to the COVID-19 outbreak, Loren will likely get a head start on her potential opponents. The Life Ahead begins streaming on November 13 – weeks before many other prestige films are expected to be released.Loren might also be a sentimental favorite come awards season.Earlier this year, three previous Oscar winners – Al Pacino, Anthony Hopkins and Joe Pesci – all received their first Academy Award nominations in more than 20 years.And Tom Hanks, who was nominated for playing Fred Rogers in A Beautiful Day in the Neighborhood, snared his first acting bid since 2000’s Cast Away.(New York Daily News/TNS)