And it will soon be your favorite, we promise. 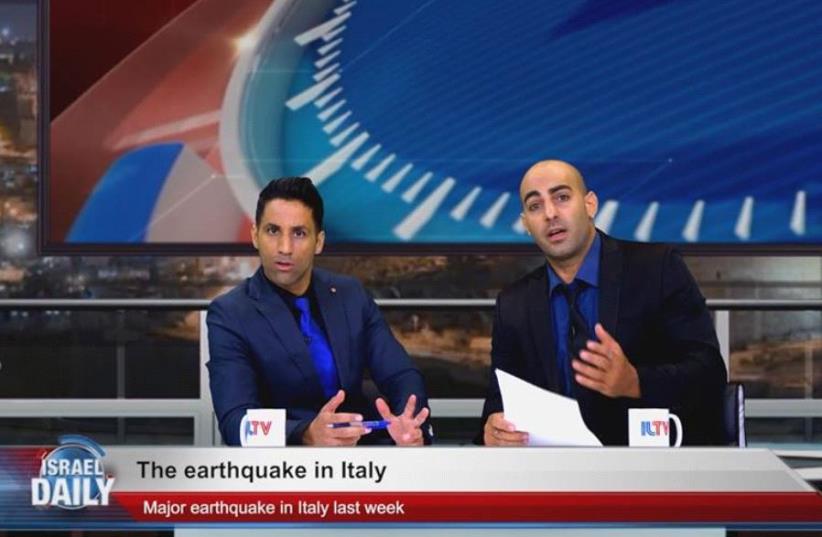 Yohay Sponder and Shahar Hasson
(photo credit: COURTESY FACEBOOK)
Advertisement
Israelis are performing stand-up comedy in English. No, this isn’t the punchline, it’s the incredible (and hilarious) scene that’s emerging in Israel that English speakers can’t get enough of. We’re used relying on comedians for a satirical spin on topics like politics, religion, current events, and relationships, but these Israelis have perfected the art of remixing their bits to hit all the right notes for a (primarily) Jewish and English speaking audience. Controversial topics like the Arab-Israeli conflict, terrorism, the Holocaust, and even… errr... Donald Trump… for some reason don’t seem so ‘taboo’ when the perfectly-timed jokes are delivered by these smart, funny, and quick-witted Israelis.Comedians Yohay Sponder and Shahar Hason got their start as comedians in Israel catering exclusively to Hebrew-speaking audiences. As the two became more and more well-known to Hebrew speakers throughout Israel, they noticed a huge demographic in the country that was missing out on the laughs.  Sponder and Hason took the risk of crafting and re-writing their material from Hebrew to English (and from Israeli humor to American humor), all the while unsure whether or not they would even get a laugh out of an English speaking crowd. Their hard work and dedication to broadening the audience of one of Israel’s most unique cultural elements has launched the growing scene of Israeli Stand-up in English. Enter: Funny Monday.
Funny Monday: Israeli Stand-up in English
Every week Sponder and Hason, along with an impressive list of other Israeli and international comedians, take to the stage in Tel Aviv to deliver fresh material to Israel’s English speakers. No topic (or audience member) is off-limits on a Funny Monday, and locals, Olim (immigrants to Israel), and tourists fill the seats of the Chelsea Hotel for a chance to cut loose with some of Israel’s funniest people. As the scene continues to grow in popularity, so does the Israeli Stand-up in English empire. Yohay, Shahar, and guests can be heard on their weekly radio show, seen on StandApp, and featured as performers in shows and festivals across Israel and the US. Click the following links to connect with Yohay, Shahar, and the Israelis doing stand-up in English:Tickets and Information