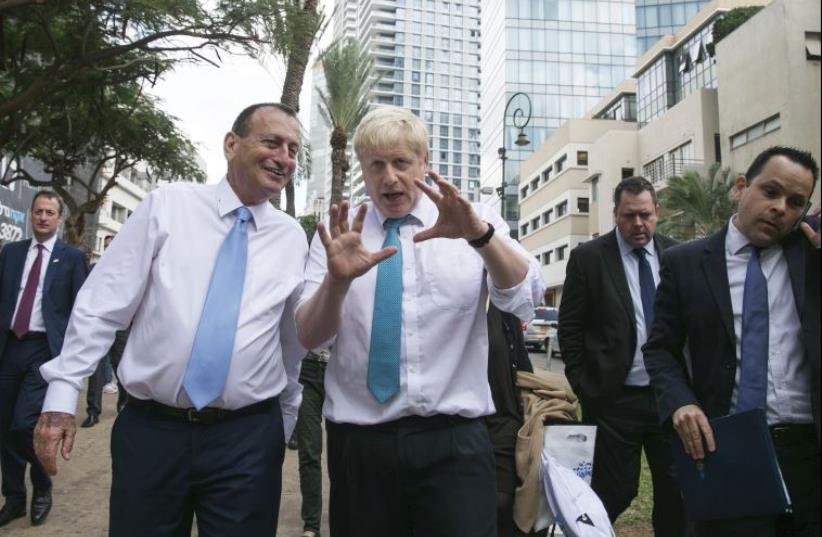 London Mayor Boris Johnson (center) chats with Tel Aviv Mayor Ron Huldai during his visit to Israel, November 9
(photo credit: REUTERS)
Advertisement
HAVING CAUGHT the media’s attention by riding buses and accommodating dissidents, in Moscow mayor Boris Yeltsin in the late 1980s cleverly used the municipality as a springboard to national leadership and international stardom.He wasn’t the first, and won’t be the last.In 1882, a mere three years before he landed in the White House and dealt with issues like naval expansion, interstate commerce and the gold standard, mayor Grover Cleveland was shoulder deep in Buffalo, New York’s street-cleaning act. And 100 years later, in France, Jacques Chirac moved up from the mayoralty of Paris, where he dealt with vacuuming dogs’ feces, to the country’s presidency, during which time he detonated a nuclear bomb in the Pacific, infuriating half the world.