Israel hopes Iran's next president is the lesser of two evils

Pragmatist Rouhani is running for reelection against hardliner Ebrahim Raisi in a vote that will have wide-ranging implications for Israel. 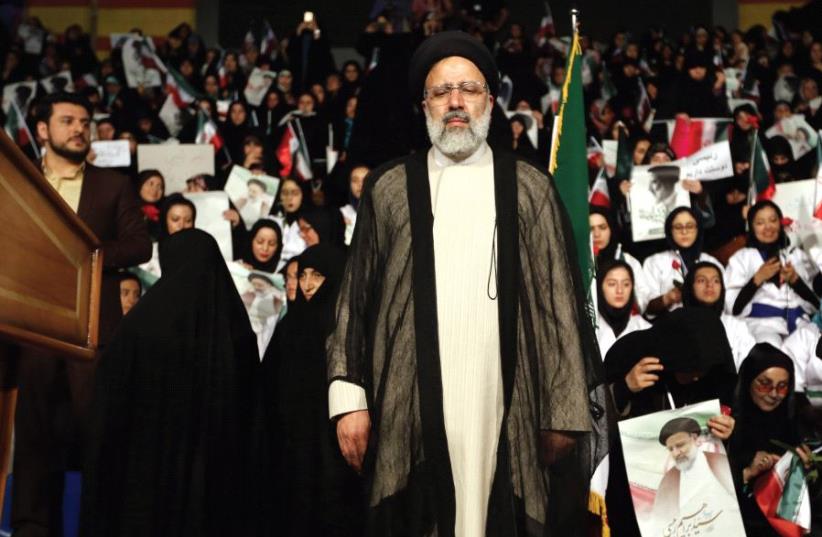 Iranian presidential candidate Ebrahim Raisi attends a campaign rally in Tehran, April 29
(photo credit: ATTA KENARE / AFP)
Advertisement
On May 19, Iranians will go to the polls to elect their president.The elections are arguably the most important in Iran this century, coming as they do after the nuclear deal, the so-called Joint Comprehensive Plan of Action (JCPOA) between Iran and the P5+1 (the five UN Security Council powers plus Germany), which, in essence lifted financial sanctions worth billions of dollars on Iran in exchange for severe curbs on its nuclear program, theoretically making an Iranian dash for “the bomb” almost impossible without early detection.