City Heat: Israel braces for fiery round of local elections

By AMOTZ ASA-EL
MAY 21, 2018 09:10
An Israeli flag is seen in the background as a man casts his ballot for the parliamentary election
(photo credit: REUTERS)
Advertisement
“Is this the mayor of Jerusalem?” an evidently distant voice emerged from the receiver, moments after Teddy Kollek woke at early dawn to the ringing of what he assumed was an emergency phone call.“Speaking,” replied the legendary mayor of Jerusalem before asking “Where are you calling from and how can I help you?” “I am calling from Perth and you can’t help me,” replied the anonymous caller, who apparently wasn’t fully aware of the time difference between the Promised Land and his location Down Under.“So what brings you to call me at this unusual hour?” asked Kollek.“Nothing,” said the Aussie. “It’s just that a magazine feature I read here published your number, claiming it is listed in the phone book and residents actually call you to report uncollected garbage and sewage backups, so I dialed that number because my own mayor I can’t ever reach.”Such was the mayoralty that turned a provincial backwater into a celebration of parks, museums, universities, stadiums, new neighborhoods, gentrified quarters, colorful markets and religious landmarks – achievements that added up to a mayoral role model, not only in Israel but worldwide.With preparations underway for the upcoming local elections on October 30, Israel’s 76 municipalities and 54 regional councils are embroiled in dozens of personal contests underpinned by multiple policy dilemmas and marred by corruption scandals that cloud Kollek’s legacy of mayoral dedication, vision and virtue.Among the four big cities, two campaigns are expected to be cakewalks for the incumbents.Beersheba is set to grant Ruvik Danilovich, a 47-year-old career politician who has lived all his life in the southern city that reelected him five years ago with a 92 percent majority, a third term uncontested. 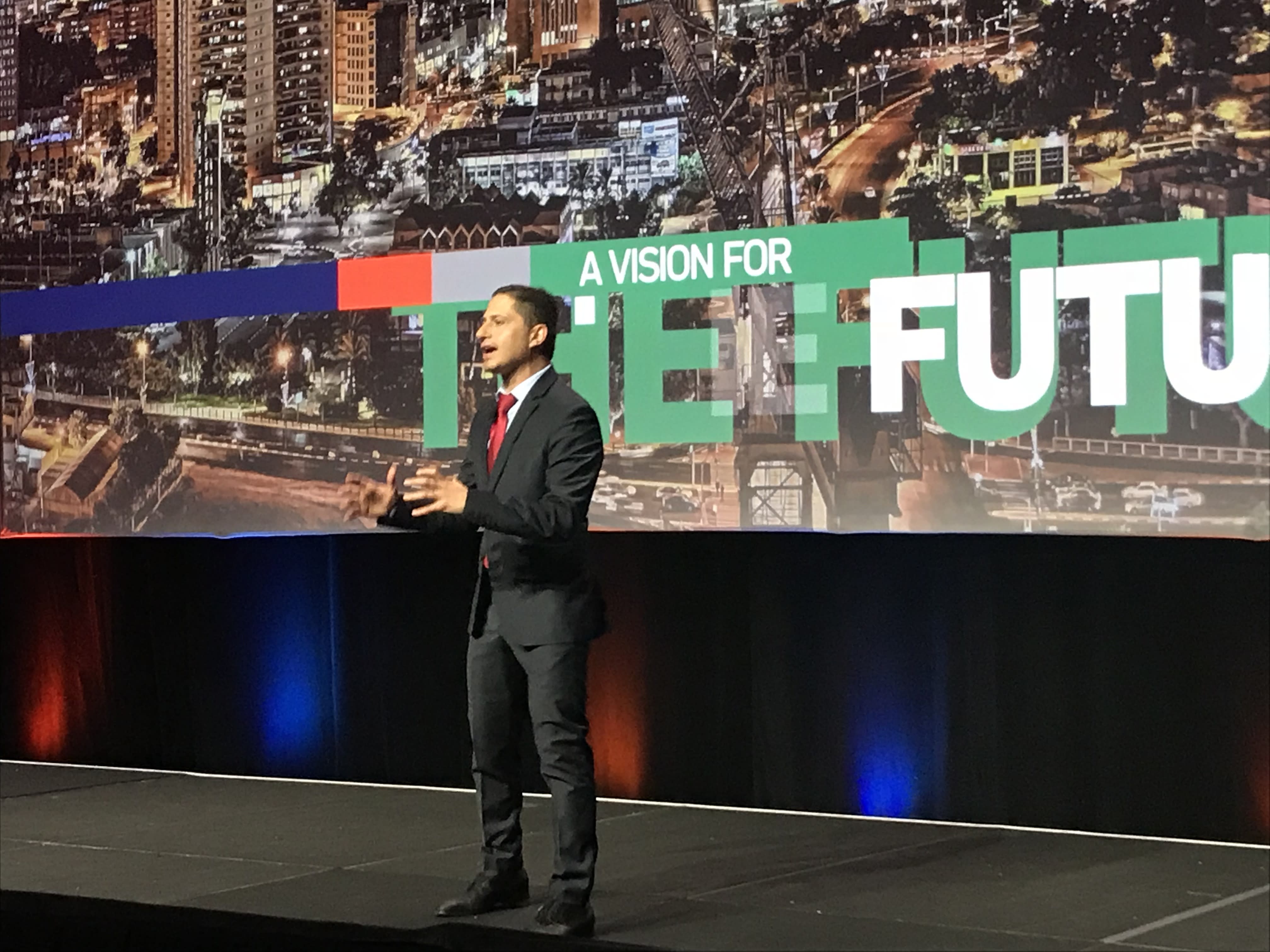 Beersheba Mayor Ruvik Danilovich addresses the annual Jewish National Fund National Conference (Courtesy) Haifa’s Yona Yahav, 73, who led the city’s struggle to relocate a private company’s toxic ammonia container, is expected to win a fourth term handily. Unlike Danilovich, Yahav faces several intriguing opponents, including urban planner Dr. Einat Kalish-Rotem, 47, and a 33-year-old café owner and social media activist named Nir Schuber.In Tel Aviv, things may be more interesting.Retired Air Force general Ron Huldai’s 20-year mayoralty seems uncontestable, but Science and Technology Minister Ofir Akunis, a lifelong politician, is considering challenging this assumption. If Akunis decides to run, his main advantage will be his relative youth: at 44, he is three decades younger than Huldai.However, the physically fit Huldai’s record as one of the IAF’s most heroic fighter pilots should offset mentions of his age.Moreover, Akunis’s membership in a government that is trying to close minimarkets on Shabbat will likely put off much of the predominantly liberal city’s electorate.A closer contest might ensue in Jerusalem, following two-term Mayor Nir Barkat’s decision to leave city hall and run for the Knesset in Likud’s primaries.Seeking a seat in the next Knesset, Barkat’s larger aim is believed to be the role of prime minister. Such a leap has many precedents, from former Jerusalem mayor Ehud Olmert and former Paris mayor Jacques Chirac to former Moscow mayor Boris Yeltsin and former Tehran mayor Mahmoud Ahmadinejad.Barkat seems undeterred by the fact that this foursome’s terms as national leaders were much less enjoyable than their mayoral days, nor by Kollek’s dismissal of suggestions in 1974 that he succeed Golda Meir, preferring to remain focused on Jerusalem, which he ended up leading for 28 years.Still, having stepped aside, Barkat may be succeeded by councilman Moshe Leon, a 56-year-old CPA.Having served as director general of the Prime Minister’s Office during Netanyahu’s first term, Leon ran five years ago against Barkat, representing Avigdor Liberman’s Yisrael Beytenu.In a twist of events typical of Israeli local politics, Leon used his lone seat in Barkat’s city council in order to join the mayor’s faction and assume responsibility for the city’s community centers. 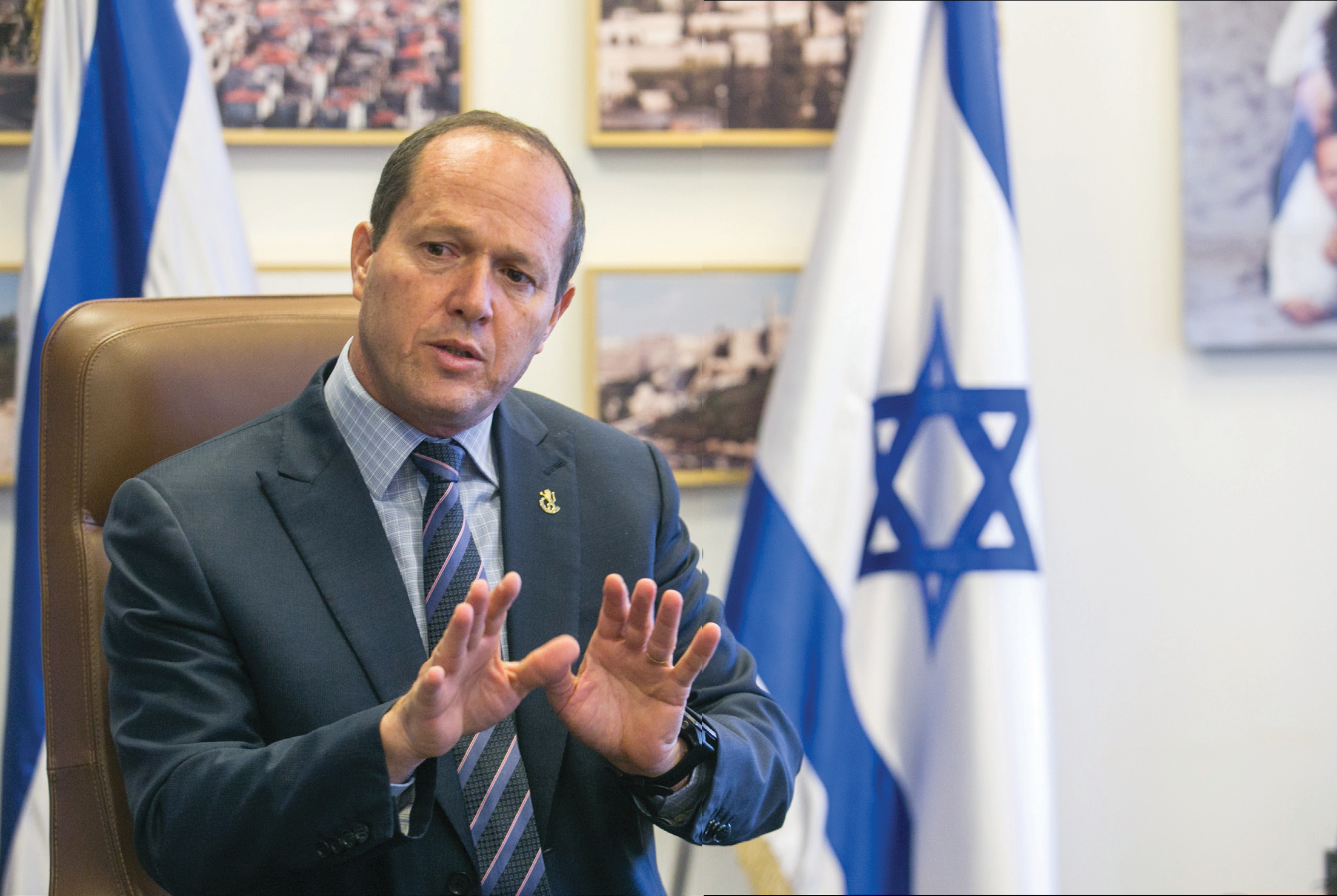 Jerusalem Mayor Nir Barkat has already announced that he will not be seeking another term in office (Marc Sellem/The Jerusalem Post)Unlike Barkat, a secular hi-tech billionaire whose electoral base is largely composed of the city’s secular middle class, Leon is a product of Likud’s social milieu and also enjoys ties to Shas as an observant descendant of a Sephardi family from Salonika, Greece.Even so, Barkat and Leon’s political views are identical, and a change of guard between them will carry no ideological transition or programmatic change.Things may change in the capital if a bigname candidate parachutes into the vacuum, someone like former IDF chief of staff Benny Gantz or Regional Cooperation Minister Tzachi Hanegbi. However, at the moment, there is no sign of any such development.INDEED, the 2018 local elections are set to mostly reflect rather than reshape national politics.Jerusalem’s municipality will remain conservative; Tel Aviv will remain liberal; Haifa will reelect Yahav, a former Labor lawmaker who journeyed to the centrist Kadima before proceeding to center-left Shinui and then to center-right Kulanu; and Beersheba’s Danilovich, who started off as a Labor councilman, later fielded a nonpartisan list that defied national politics’ fault lines and unseated the Labor-backed mayor of 10 years, Yaakov Turner.One town, which has been home to national- scale controversy of late is Israel’s fifth largest city, Ashdod, whose 80 percent secular majority has been provoked by legislation to shut down shopping centers on Shabbat.The conflict pits the city’s largely Russian- speaking secularists against a well-organized ultra-Orthodox community, which, though it constitutes less than a fifth of the population, wields one-third of the city council seats due to the secular majority’s much lower voter turnout.Likud Mayor Yehiel Lasri, a physician and former surgeon-general of the Israel Navy, has towed a middle line on this issue, and will be challenged by councilman Shimon Katzenelson, a 72-year-old electrical engineer who immigrated from Kiev in 1973 and later became chairman of Mifal Hapayis, the national lottery.A confidant of Defense Minister Avigdor Liberman, Katzenelson will try to capitalize on the secular majority’s new activism in response to the effort to shut down some 250 local stores that open on Shabbat, as well as cafés and restaurants along Ashdod’s elegant boardwalk. 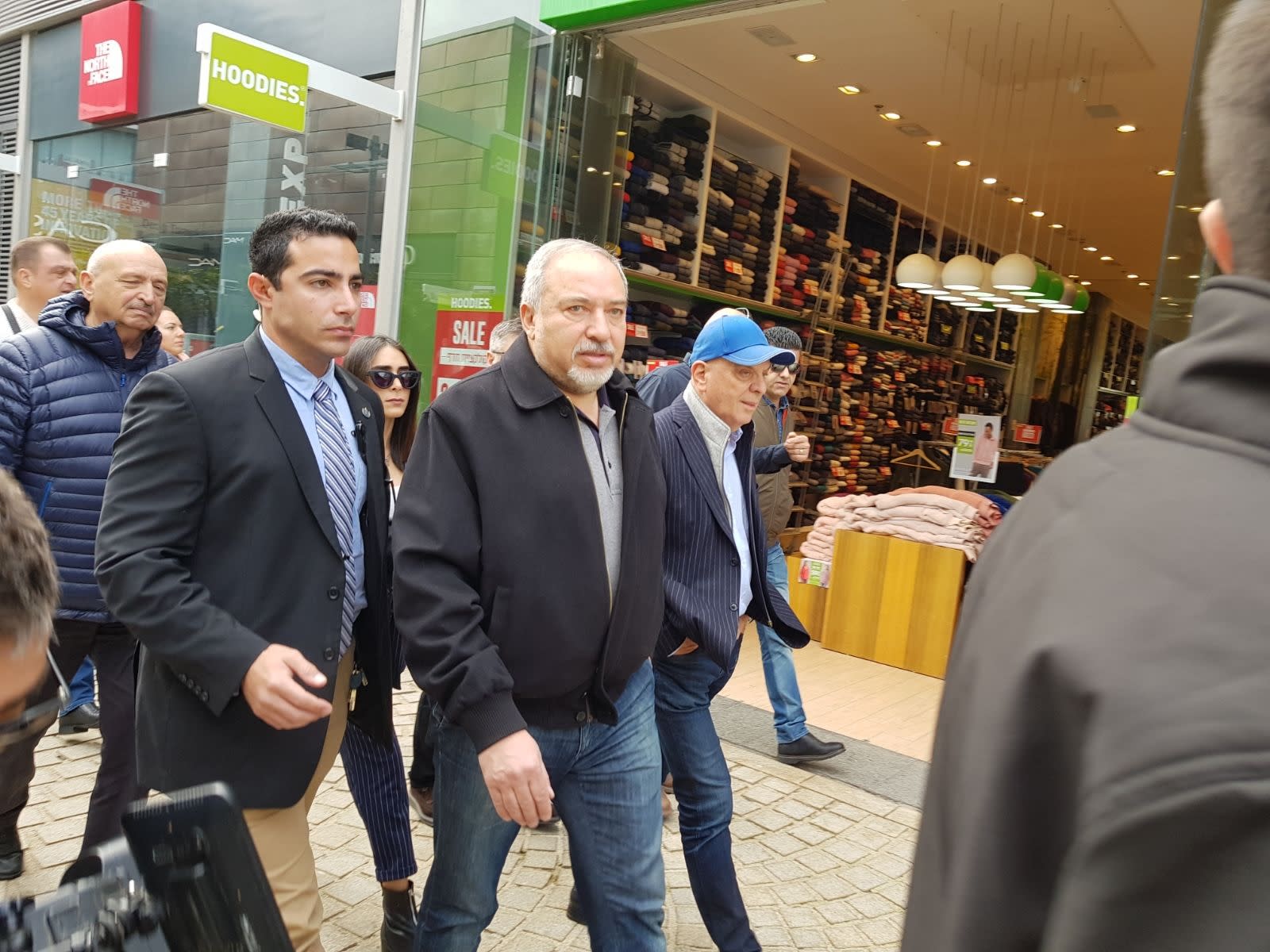 Defense Minister Avigdor Liberman in Ashdod, January 20, 2018 (Courtesy)Even so, Katzenelson’s chances of unseating Lasri are considered slim, especially given that the secular majority is splintered among seven city council factions.Another cultural flashpoint looms in Beit Shemesh, whose incumbent, Shas’s Moshe Abutbul, will be challenged by secular lawyer Shimon Biton, in an attempt to offset ultra-Orthodoxy’s 2013 political takeover of the mountainous city southwest of Jerusalem.Yet these are the exceptions in an election season that will generally be about local affairs, producing nothing like Likud candidate Shlomo Lahat’s snatch of Tel Aviv from Labor’s bosom in 1974, an upset that foreshadowed Likud’s seminal defeat of Labor in the 1977 general election.Instead, the 2018 local elections will be about municipal bread and butter like traffic, jobs, schools, kindergartens, playgrounds, theaters and parks.For instance, Tel Aviv’s southern neighbor, Holon, is expected to grant a sixth term to its mayor of 25 years, 70-year-old Moti Sasson, as the city of 190,000 dreadingly awaits the start of public works along three of its main thoroughfares where the Tel Aviv Light Rail’s Green Line will begin gliding in the coming decade.In Nahariya, a key issue is whether or not Mayor Jackie Sabag, after three (inconsecutive) terms and at age 74, will be able to oversee the creation of infrastructure for 10,000 new housing units that the government plans to send his way.In Petah Tikva, first-term Mayor Yitzhak Braverman’s accomplishments in building parks and libraries and renovating an open-air market will be challenged by the 140-year-old town’s neglected center, where landlords have split dilapidated apartment building flats into micro-dwellings and rented them to foreign workers.In Nazareth, first-term Mayor Ali Salem, 65, hopes to be reelected based on promises to open a university in Israel’s largest Arab city.Such are the issues that will likely dominate Israel’s 16th local elections. However, hovering above many of the local contests will be a slew of corruption allegations that constitute a national problem in its own right.RANGING FROM illegal construction and bribery to vote-buying, corruption allegations blanket Israel’s local government from north to south.Ramat Gan’s Zvi Bar and Bat Yam’s Shlomi Lahiani, jailed earlier this decade for, respectively, bribery and breach of trust, were but two of 54 criminally investigated mayors over the past two decades.Indeed, multiple mayoral races are marred by criminal allegations.Most recently, Jerusalem Deputy Mayor Meir Turjeman was arrested in March and released on bail for having allegedly accepted a bribe from a contractor.Turjeman is not a major power broker in Jerusalem’s city hall, and the mayoral candidacy he announced prior to his arrest was considered chanceless.That cannot be said of Netanya, the resort town of 210,000 halfway between Tel Aviv and Haifa, whose mayor of 19 years, Miriam Feirberg, faces police recommendations to indict her for bribery, fraud and breach of trust involving multiple real estate projects, in collusion with her ex-husband and their son.A year on, the 67-year-old Feirberg has yet to be indicted, and says she will fight for her innocence and run for a fifth term.The first Likud woman to become a mayor, Feirberg’s legal situation will cast a shadow over her expected battle with several contenders, most notably 39-year-old Yoni Chetboun, a decorated war hero and former lawmaker for Bayit Yehudi.Even more perplexing than Netanya’s situation is Ashkelon’s, where Mayor Itamar Shimoni, a 49-year-old career politician, has been suspended by the Interior Ministry following his indictment last year for alleged bribery, fraud, tax evasion and breach of trust.Corruption allegations are also marring the race in Safed, where Likud’s Ilan Shohat, who was Israel’s youngest mayor when elected a decade ago at 33, now faces police recommendations to indict him for alleged fraud, breach of trust, vote-buying and accepting a bribe.In Rishon Lezion, 62-year-old economist Dov Tzur’s bid for a third term is clouded by a police probe over a real estate developer’s alleged purchase of a local plot without tender. Tzur was briefly arrested in December, and after his release was banned from participating in the meetings of city hall’s planning and tendering committees. 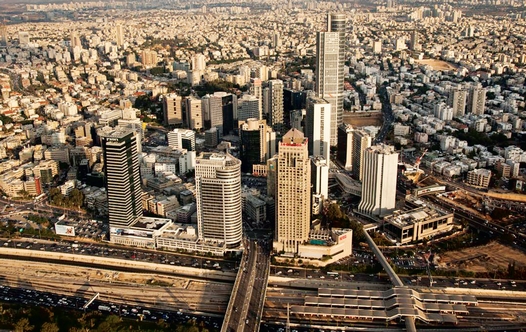 General View of Ramat Gan (Ramat Gan Municipality)THE PROLIFERATION of municipal corruption scandals has some suggesting that part of the problem is not a mayor’s character, but the Israeli municipal system’s flaws.According to this thesis, Israeli mayors have too much responsibility and too little authority.A case in point is Ramat Gan, the skyscraping neighbor to Tel Aviv’s east, whose mayor, Israel Singer, is accused of vote-buying. All agree that the 69-year-old former principal of the prestigious Blich High School does not fit an ordinary criminal profile.Seeking to reboot local government’s relationship with the law, a panel headed by Deputy Attorney-General Dina Silber and joined by representatives of the Israel Police and the Interior Ministry, proposed to bolster municipal checks and balances by expanding the authorities of unelected officials, like comptrollers, treasurers and legal advisers; excluding elected officials from tender committees; subjecting senior municipal appointments to a public panel’s approval; and demanding that candidates sign conflict-of-interest declarations prior to running.The recommendations produced a draft bill that the Knesset has yet to table. The lawmakers are apparently calculating its potential impact on their careers, friends and parties.Unfortunately, the one vote this bill surely gets up in heaven – Kollek’s – does not count.