It seems that the only positive element in this situation is the peace treaty with Israel and the sustained security cooperation between the two countries. 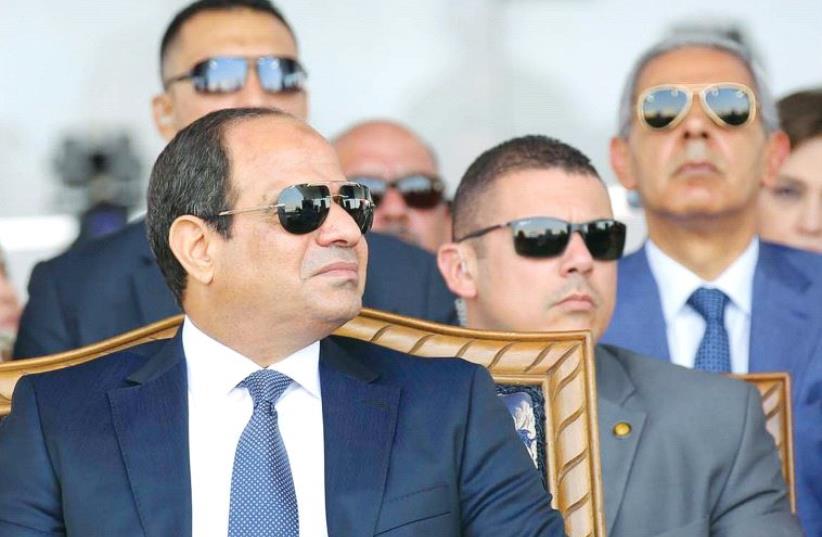 Abdel-Fattah al-Sisi
(photo credit: REUTERS)
Advertisement
GEOPOLITICAL CONSIDERATIONS have made Egypt a key player in the Israeli-Arab conflict but may hamper that country’s ability to broker a regional peace plan based on the bloc of pragmatic (or moderate) Arab States. At issue are not only whether Cairo would be able to take the lead of such a bloc, but also whether such a bloc could even arise given the political and military situation in the Middle East.Egypt is embroiled in an endless fight against terrorist attacks on all its borders and is, therefore, primarily focused on its own security problems. To the east, it has not yet succeeded in defeating Islamic terrorist groups calling themselves “The Sinai District of the Islamic State” and enjoying the cooperation of Hamas, which also is considered as a hostile entity. To the west, the ongoing civil war in Libya is threatening to spill over that country's long, common border with Egypt. Advanced military equipment and weaponry are still being smuggled by Islamic groups through that border from Libya to Islamic State in Sinai, enabling the terrorist organization to repel attacks from the Egyptian army.