Is Abbas paving way for descent into violence by not naming a successor?

Abbas, 81, and in his 11th year in office, has avoided naming a successor, setting the stage for a free-for-all competition between a field of candidates. 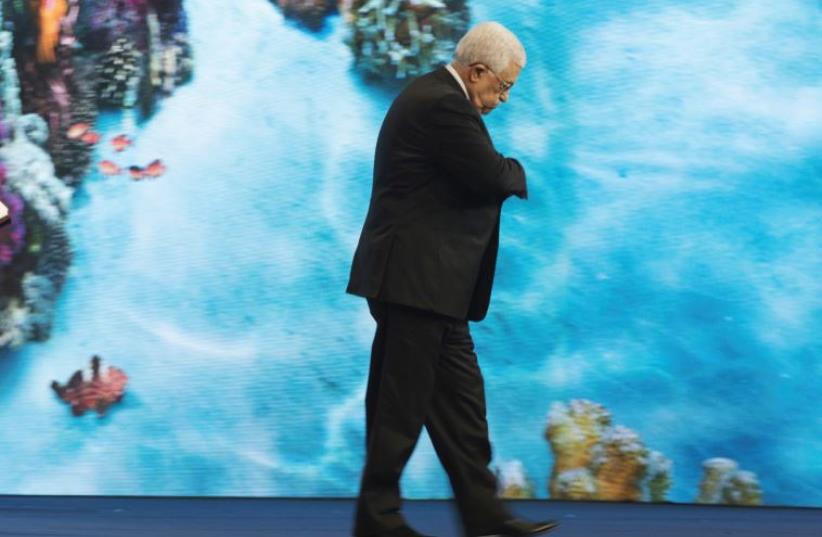 Palestinian Authority President Mahmoud Abbas is photographed after speaking at the Egypt Economic Development Conference in Sharm el-Sheikh
(photo credit: BRIAN SNYDER / REUTERS)
Advertisement
In Amari Refugee Camp near Ramallah, the competition over who will succeed Mahmoud Abbas when he can no longer continue as Palestinian president has brought into the world a beautiful new baby.Inside the home of Muhammad Shehadeh, off of a cramped alley lined with drab stucco and concrete structures, relatives beam with satisfaction as his four-month-old son Ahmed lies contentedly on a mattress, kicking his legs in the air.