The prophet agrees to King Balak’s request to curse the Israelites, but ends up blessing them. 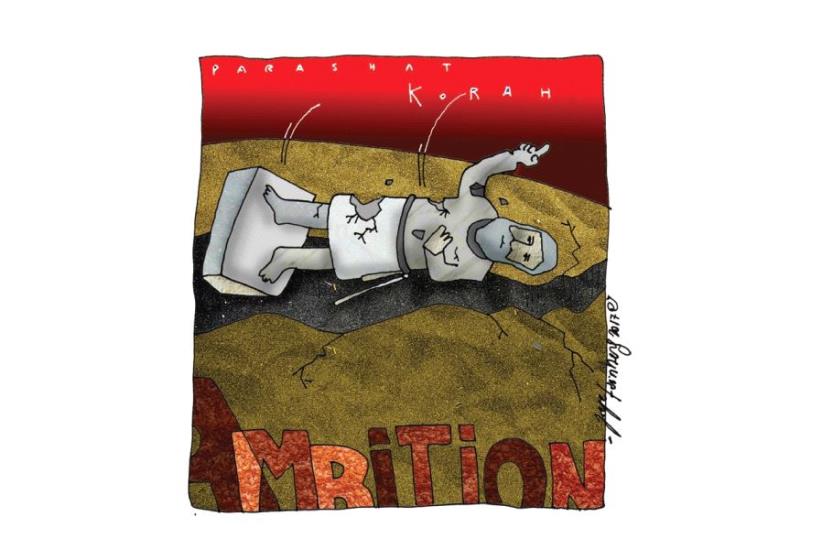 Art by Pepe Fainberg
(photo credit: PEPE FAINBERG)
Advertisement
Would god give the gift of prophecy to an evil person? The story of the prophet Balaam, featured in this week’s Torah portion, raises this question.Most traditional Jewish commentators believe Balaam was evil. He agreed to King Balak’s request to curse the Israelites for pay, and he seemed eager to do so. True, he ended up blessing them, but only after being waylaid by an angel with a sword in hand. And his inability to see that angel until his own donkey pointed it out to him has made readers over the generations wonder what kind of seer he could be.Bible commentators such as the 11th-century scholar Rashi point out that when Balaam self-righteously says, “Though Balak were to give me his house full of silver and gold, I could not do anything, big or little, contrary to the command of the Lord my God” (Num. 22:18), he is hinting not so subtly that he expects at least that much for his services.The Babylonian Talmud (Gittin 57a) tells of a potential convert to Judaism who conjures up Balaam’s soul to ask what he thinks of the Jews. Balaam makes it clear that he still opposes them, but admits that he is being punished in the next world for his attitude by being boiled in hot semen.Joshua 13:22 refers to him as a “conjurer” – probably an allusion to one who uses idolatrous methods to foretell the future (see Deut.18:10). Nevertheless, Balaam was indeed a prophet, and one who is credited with some of the most significant and beloved poetry in the Bible.Towards the end of the story, he turns to King Balak and says, “Now, as I go back to my people, let me inform you of what this people [i.e. the Israelites] will do to your people in the days to come.”(Num. 24:14) His prophecies include the line, “A star rises from Jacob, a scepter comes forth from Israel; it smashes the brow of Moab, the foundation of all the children of Seth.” (Num. 24:17) Commentators such as Nahmanides (1194-1270) see this verse as one of the few prophecies in the Torah about the messiah. Balaam’s “How fair are your tents, O Jacob, your dwelling places, O Israel” (Num. 24:5) was so valued in later Jewish tradition that it was placed at the very beginning of the daily prayer service. He reflects insightfully about God: “God is not human to be capricious, or mortal to change His mind.”(Num. 23:19) In the third century, a rabbinic text even compares him favorably with Moses: “Never again did a prophet like Moses arise in Israel” (Deuteronomy 34:10), but one has arisen among the peoples of the world. Who? Balaam the son of Beor. But there is a difference between the prophecy of Moses and that of Balaam. Moses did not know who spoke with him but Balaam knew…. Moses did not know when [God] would speak with him until he was addressed by God, whereas Balaam knew….Moses did not speak with God unless he was standing up …whereas Balaam spoke with God [even] when he was lying down. (Sifrei Deuteronomy 357) Along these lines, my favorite interpretation was offered by Rabbi Samuel ben Meir, better known as Rashbam. An accomplished Talmudist and, when it came to Jewish law, perhaps even a conservative, Rashbam’s commentary on the Torah nevertheless often challenged traditional teachings, especially those of his illustrious grandfather, Rashi.Here Rashbam notices that at the beginning of the story, Balaam tries unsuccessfully to invoke God’s curse on the Israelites. But, after many attempts, suddenly everything changes. “Now Balaam, seeing that it pleased the Lord to bless Israel, did not, as on previous occasions, go in search of omens, but turned his face toward the wilderness. As Balaam looked up and saw Israel encamped tribe by tribe, the spirit of God came upon him.” (Num. 24:1-2) Rashbam explains: From this point on, Balaam intended to bless Israel with all his heart. And for this reason … the spirit of the Divine Presence came upon him with love and affection (emphasis added).In other words, this is the story of someone who learns from his mistakes and improves himself. Perhaps it was this improvement that the third-century rabbis saw in Balaam, which even Moses could not lay claim to. Balaam began life as a malevolent, greedy conjurer who kept trying to outsmart God. But when even evil Balaam learned from his mistakes, God responded to his change of heart with love and affection, turning him into a great prophet.Rabbi Martin Lockshin, university professor emeritus at York University, lives in Jerusalem.