Like clouds and wind: A secret study into Mossad's failed Nazi hunt

The Mossad is not just another intelligence agency like the CIA or MI6. It prides itself as the protector of Jews wherever they are, serving as the long arm of the Jewish people’s cry for justice.

A photo of Josef Mengele taken by a police
(photo credit: wikipedia)
Advertisement
On September 23, 1977, Menachem Begin, the feisty prime minister of Israel elected only four months earlier, convened his Security Cabinet for a secret meeting. After a short deliberation, it adopted a policy titled “Decision B/4.” To prevent leaks, only two copies were typed.The ministers ordered the Mossad, the feared and respected Israeli espionage agency, to renew the hunt for Nazi war criminals, “in order to bring them to trial in Israel; and if bringing them to trial will not be possible – to kill them.”

The Mossad drafted a list of 10 wanted Nazis with a special focus on Dr. Jozef Mengele, notorious for his ghoulish medical experiments on Jews in the Auschwitz death camp.The list included the following names: Adolf Hitler’s deputy, Martin Bormann; the Gestapo chief, Heinrich Muller; Adolf Eichmann’s assistant, Alois Brunner; Horst Schumann, another doctor who conducted sterilization and castration experiments on Jews by means of X-rays at Auschwitz; Walter Rauf, an SS engineer who developed the gas trucks that preceded the gas chambers; Klaus Barbie, a Gestapo officer known as the “Butcher of Lyon”; Franz Murer, known as the “Butcher of Vilnius” (Lithuania); and Ernest Lerch, who directed the mass murder of the Jews of Lublin in Poland.A photocopy of the cabinet decision has been retained in a secret study – a book written by the Mossad’s history department – which has never been published. I managed exclusively to obtain a copy of that book. Until now historians, researchers and journalists, based on clues and leaks, described how the Mossad tried to track down and assassinate Nazi war criminals. This is the first time that an official definitive version produced by the Israeli espionage agency itself has come to light. 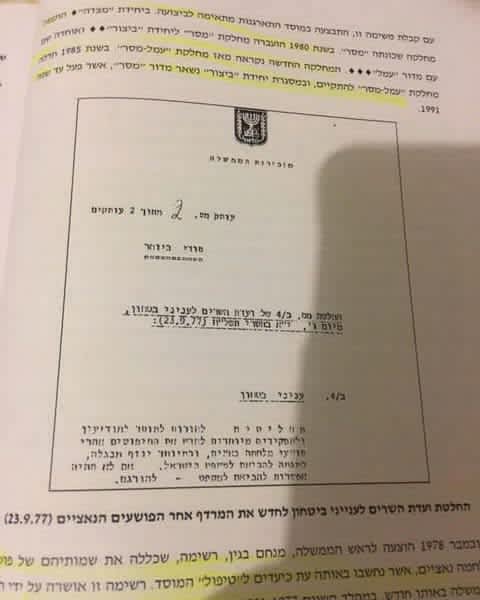