Analysis: Signs increasing that American support for Israel could begin to crack

American leaders spelled out in the bleakest terms what it would mean for future Israeli generations and where a one-state reality dominated by Israel would leave the Palestinians. 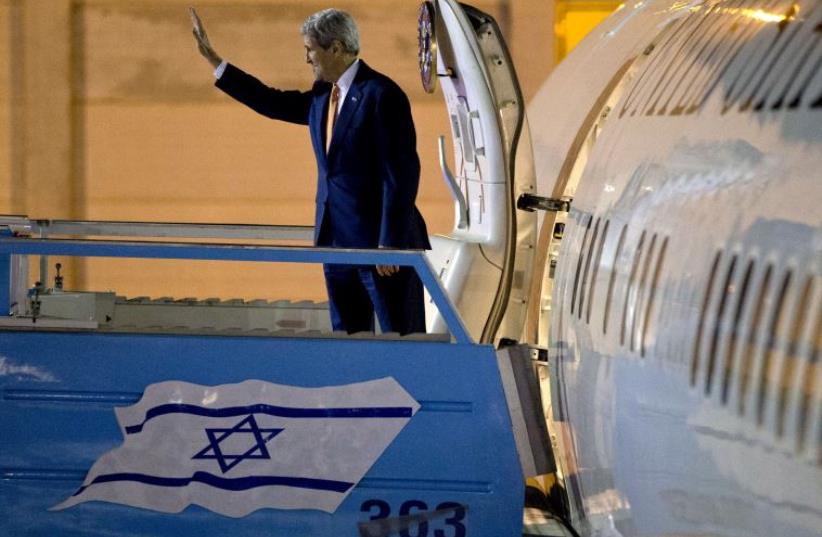 US Secretary of State John Kerry waves as he heads home after a visit to Israel and the Palestinian Authority, November 24
(photo credit: REUTERS)
Advertisement
IN DECEMBER 2015, in a well-orchestrated sequence of unprecedentedly blunt public statements, the US administration warned Israel of the consequences of a policy leading inexorably to a single Israeli-Palestinian state under Israeli control. In such circumstances, Israel would not be able to be both Jewish and democratic; it would be internationally reviled; and the US would be powerless to do much about it.American leaders spelled out in the bleakest terms what it would mean for future Israeli generations and where a one-state reality dominated by Israel would leave the Palestinians. They painted a picture of endemic violence and severe economic costs for both sides as a large Palestinian underclass without equal rights struggled to be free.In the short term, if there is no change of course, the Americans fear the imminent collapse of the Palestinian Authority (PA) in the West Bank, leaving Israel facing a huge security and economic burden.