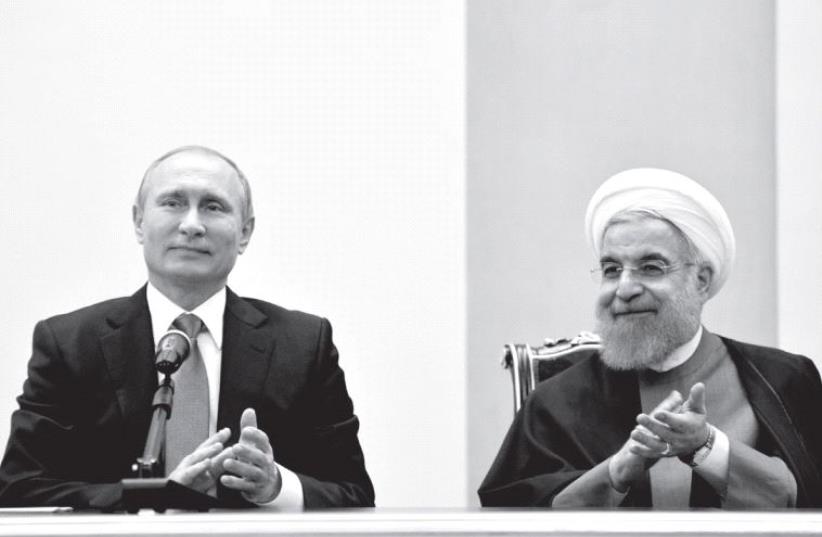 Putin and Rouhani
(photo credit: REUTERS)
Advertisement
THE IRAN nuclear deal that came into effect in January 2016 (The Joint Comprehensive Plan of Action or JCPOA) was seen by the country’s leaders as a victory for the Iranian nation. Despite “hostility and trouble” from the United States, Iran extracted major gains from the nuclear talks, the culmination of a long and smart negotiation with the P5 + 1 group of nations.Indeed, Tehran felt emboldened by its achievement and was better positioned to pursue its aggressive aims in the Middle East, stepping up its military presence in Syria and Iraq, intervening in Yemen and intensifying its ballistic missile activities.