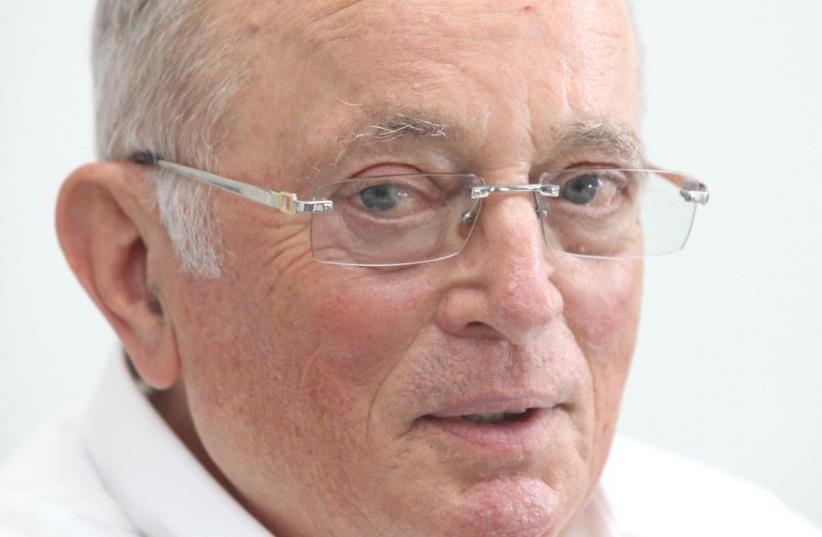 Uzi Wexler
(photo credit: Wikimedia Commons)
Advertisement
The finger prints of Uzi Wexler, who died on Monday aged 79, can be found on almost every public building in Jerusalem, and in several places beyond.Although the late mayor Teddy Kollek was given credit for being the greatest builder of Jerusalem since Herod, much more in terms of building up the capital should be credited to Wexler.Born in Jerusalem in 1938, to German immigrant parents who arrived in the city in 1935 as part of the Fifth Aliya, Wexler grew up in a traditional home in the Bayit Vegan neighborhood, was sent to Horev religious school, and later to a Bnei Akiva yeshiva and other religious institutions to round off his Jewish education.However, religious observance apparently did not appeal to him and he left Bnei Akiva and joined Hashomer Hatza’ir, eventually becoming head of its Tel Aviv branch. At that time Hashomer Hatza’ir was very kibbutz-oriented, and Wexler was sent to Kibbutz Nachshon for training.Born with a heart defect, Wexler was exempted from mandatory service in the Israel Defense Forces, but somehow managed to join a Jerusalem reserve unit and serve in both the 1967 Six Day War and the 1973 Yom Kippur War.Several years earlier, while still in Hashomer Hatza’ir, he joined Kibbutz Nir Oz, where he remained for seven years before returning to Jerusalem and enrolling at the Hebrew University where he obtained degrees in economics, social sciences and the history of the Jewish people.In 1978 he joined the Jerusalem Municipality, working as treasurer, a position that he held for 10 years, enjoying a close relationship with Kollek.In 1988, with Kollek’s backing, he founded the Jerusalem Development Authority, a joint statutory corporation of the country’s government and the Jerusalem Municipality that was established to promote and develop the city of Jerusalem and its economy.Wexler subsequently founded JDA subsidiary companies such as Moriah, Eden and HaGihon.He later headed the Israel Lands Administration.From 1992, until the time of his death, he was chairman of the Sherover Foundation.In his various capacities and with his broad vision for the flourishing of Jerusalem, Wexler was directly or indirectly involved in projects such as moving City Hall to Safra Square, the construction of the national precinct where several government ministries are located, the Har Hotzvim Technological Park, the Malha Mall, the Malha Technology Park, Teddy Stadium, the Biblical Zoo, the Tower of David Museum, the Sherover Promenade, Begin Boulevard and several residential neighborhoods.He was also the founding president of the Azrieli College of Engineering.Outside of Jerusalem, he was also involved with Beit Gavriel on the shore of the Sea of Galilee, and the ILAN rehabilitation and sports center for the disabled in Haifa.Among his more recent projects was the opening in February 2014 of the YES Planet multi-theater complex in Jerusalem’s Abu Tor residential neighborhood, which encountered tremendous opposition while still on the drawing board.Wexler had originally intended to create a multi-purpose cultural center, but it didn’t quite work out that way.In addition to igniting the wrath of residents in the area, he also angered religious sectors, because YES Planet operates on Shabbat. It does have other activities in addition to movies, but not quite of the scope that he envisaged.It is difficult to imagine how he found time for all the meetings he had to attend. Aside from his involvement in projects that were under construction he also sat on the boards of numerous organizations and institutions among them the Jerusalem Theater, the East Jerusalem Development Company, the Union of Local Authorities, Mifal Hapayis (the national lottery), Yad Vashem, Yad Ben Zvi, the Khan Theater and the Israel Museum.A man who was always planning for the future, Wexler, at the time of his demise, had several more projects in mind for the enhancement of Jerusalem.At this stage, it is still unknown whether he shared these plans and to what extent.Even if he did, it would require someone with his dynamic drive to carry them out.Wexler, who was laid to rest on Tuesday at Har Hamenuhot Cemetery, is survived by his wife, Daniella, a retired judge who now works as an artist, and their four children.