Appreciation: Bronfman, King of the Jews

Comfortable with heads of state and motorcades, Edgar never sought the respect for himself, but for Israel and the Jewish people.

By YOSEF I. ABRAMOWITZ
Edgar Bronfman 370
(photo credit: Reuters)
Advertisement
“I am living with somebody,” the billionaire whispered to me. He leaned forward on his private jet, and waited to see what kind of reaction his unconventional confession would elicit. “She’s an artist.”“Super!” I said, as the turquoise Amazon forest streaked beneath us, on our way from Carlos Menem’s Argentina to visit other Latin American communities and leaders. 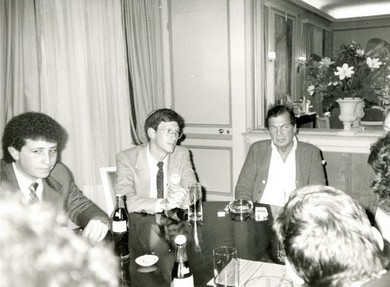 Edgar Bronfman was king of the Jews. Comfortable with heads of state and motorcades, Edgar never sought the respect for himself, but for Israel and the Jewish people.He would physically stand tallest at global events, often commemorating the Shoah, where he would steal Israel Singer’s black crocheted kippa and put it on his parted, wavy hair.He is best known, of course, for building the Seagram liquor empire and for beating up the Swiss banks on behalf of heirs of Holocaust victims.What he loved most, however, was speaking to the next generation. He was the accessible father figure first to several generations of the World Union of Jewish Students leaders and then to Hillel, both in the United States and around the world. He loved Richard Joel’s youthful energy and they criss-crossed the world to meet students and donors. And he especially loved Dana Raucher, his foundation director and graduate of the Bronfman Fellows. Unsure of his own relationship with God, he surrounded himself with interesting rabbis, from Arthur Herzberg, who would lead private High Holy Day services for Edgar and friends, to Avi Weinstein and Michael Paley, with whom they created the Bronfman Fellows summer program.His most complex and powerful rabbinic relationship was with Israel Singer, who served as secretary-general of the World Jewish Congress during its heyday. Singer is a talented and passionate teacher of Jewish text as it relates to issues of everyday and global justice, and Edgar was an eager student and partner. Together, along with Elan Steinberg, who died last year, they played into the myths of “Elders of Zion” while at the same time fighting anti-Semitism. It was a well orchestrated leverage play that only Bronfman, because of his wealth, power, and grace, could project. As much as Edgar took on the financial burden of carrying the WJC, the King of the Jews developed one of the most effective direct mail campaigns, bringing in millions of dollars to essentially crowd-fund the campaigns against former UN secretary-general Kurt Waldheim and for Soviet Jewry. 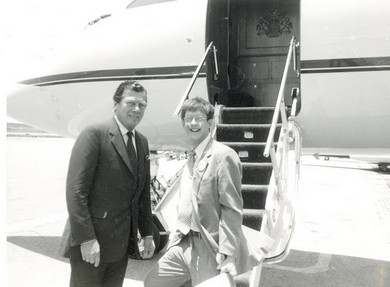 He had the patience, somehow, for the pettiness of Jewish organizational life, often meeting with heads of Jewish communities, and sitting in long WJC executive sessions. In all of these, he always asked to hear the voices of the next generation, and from that he would emerge energized.And by funding seemingly radical student activism on issues like Soviet Jewry, it better enabled him to fly in to be the moderate diplomat, especially with his friend Soviet ambassador to the United States Anatoly Dobrynin.A usually closeted peacenik, “I worked out a deal on Jerusalem,” he once confided. “[Egyptian president Anwar] Sadat and I agreed to fly the green flag of Islam over the Dome of the Rock, effectively affirming Muslim sovereignty without hurting the Israeli position.”Edgar was an optimist who believed Jewish power could be extended for the good not only of the Jews, but also of humanity. An early funder of Jesse Jackson’s Rainbow Coalition, Edgar addressed the United Nations not only on behalf of Jewish rights, but also the moral necessity for nuclear disarmament.Toward the end of his active leadership life, and as his brother Charles teamed up with Michael Steinhardt to launch their signature Birthright Israel program, Edgar was searching for a legacy endeavor of his own.Once, Marcella Kanfer and I were led through a maze of hallways in the Israeli consulate in New York and emerged into the secure room, with a host of Birthright Israel partners. After Marcella and I launched for them birthrightisrael.com, Edgar came up to me to share a dream.“I was in the hot tub with a neighbor of mine,” Edgar said. “He is a Jewish doctor but knows nothing about Judaism and doesn’t want a rabbi to tell him what to do. Could you build a website that has the best of Jewish life aimed at people like him?” Within 18 months, MyJewishLearning.com was launched. When Charlie Rose asked Edgar what he was most proud of as he looked back on an enormously accomplished career, his answer was MyJewishLearning.com.To lose both Nelson Mandela and Edgar Bronfman in the such a short period of time is to lose two giants of freedom. While Edgar never spent time in prison, he was a champion of the Prisoners of Zion. And while he came from privilege, it only reinforced his sense of responsibility for the most vulnerable members of society and of the Jewish people.I was not the closest to Edgar and others will be writing more personal and powerful memorials. But as I have been flying around – now in coach – to meet with world leaders on behalf of spreading from Jerusalem a global solar revolution, I wear my own kippa with pride and carry with me the most Edgar of learnings: that each of those encounters represents the potential of the Jewish people to change the world.With Edgar now gone, and his legacy revisited and appropriately glorified, the other billionaire leaders of the Jewish people face the humble challenge of how they can stand proudly alongside Edgar’s service. It is quite simple. Follow Edgar’s formula for future impact and glory: invest in the activism of students, be a role model of studying Jewish texts, carry yourself with the dignity of King Solomon, fight prejudice where ever it is found, invest in talented people who can amplify your influence, and use the political and economic leverage of the United States to protect Israel and human rights. All the rest is commentary.The writer served on the World Jewish Congress Executive, and is currently CEO of Energiya Global Capital. He can be followed on Twitter @kaptainsunshine.