Jewish medicine and the Rambam 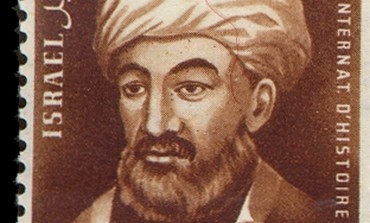 Rabbi Moshe ben Maimon or the Rambam is known to be one of the foremost rabbinical philosophers in Jewish history, yet as a physician he also contributed to the greater medical world.Some rabbis, such as Moshe Rafael Seror, believe we can implement the Rambam's teachings regarding healthy lifestyles, medicine and healing in order to live a balanced life. A third degree burn in his 20s and a blessing from the Lubbovitche Rebbe was the catalyst for Rabbi Moshe Rafael to introduce Jewish medicine to Israel.He saw the power that existed through letting the body heal itself, giving it the proper conditions it needs and healed his wound naturally.Rabbi Moshe Rafael said that alternative medicine has its foundations in Jewish history, based on the principle of treating the whole person, “both in mind and in body,” and on combining spiritual and physiological therapies.“Jewish medicine is driven by a holistic approach; it is based on the principles of Kabbala and Hassidut, where we learn the purpose of disease and physiological systems in the body,” he says.“The Rambam says as long as health is stronger than the illness, there is a greater chance that the body will be healed. The question is whether we are giving our bodies the right conditions and atmosphere to heal.”From the spiritual point of view, Jewish medicine is based on Kabbalistic thought, which totals six levels of healing [body, nefesh (fleshly, 'earth' soul), ruach (emotional, 'water' soul), neshamah (intellectual, 'air' soul) and chayah (spiritual, 'fire' soul) and yechida (‘unity’)] and views the physical body as the abode of the soul and its spiritual-energy organs.Moshe Rafael, 54, took this view of Jewish medicine in a new formulation, became a naturopath and has devoted his life to helping others ever since."I thought if I don't use Jewish medicine then it won't exist. Before me nobody had connected the dots with Jewish history, no one had taken the wisdom of the Rambam and other sages and used it as Jewish medicine,” he says.In 1993 Rabbi Moshe Rafael Seror PhD established the Rambam Institute of Jewish Medicine in Tzfat (Safed).Located in the Galilee in the north of Israel, his goal in founding the Rambam Institute was to put in to practice the sage’s timeless wisdom for health and education."My wife Eliyafa is an aromatherapist and is my right hand in the business," Rabbi Moshe Rafael says.People from all over Israel come to the Institute to attend seminars and learn the Rambam’s strategies for proper medical care. Many people also come to the Institute for treatments of various illnesses and conditions.Over the past 22 years the Institute of Jewish Medicine has worked independently through its clinic, and college to put into practice the Rambam’s doctrine and bring his message to the world.
“The one thing is my dream to build healthy communities around the world because I believe health is the platform where we can all meet; not just religion, but health is something all of humanity identifies," Rabbi Moshe Rafael says."I have a sponsor in California and we are hoping to build a Rambam Institute there and take it everywhere."“I want to bring Jewish medicine to the world.”As a naturopath, Moshe Rafael treats his patients in a very individual way; his most common forms of treatment are through dietary changes, the use of medicinal herbs and if needed homeopathic remedies.For more information, visit www.rambam.co.il - Mainstreaming ancient Jewish Medicine through education, treatment and research.