Following Putin's pardon, the Russian tycoon gives first interview, says he will not enter politics or seek to regain assets of his former oil company. 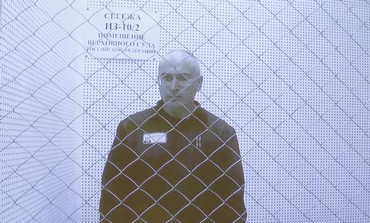 Former oil tycoon Mikhail Khodorkovsky, freed by a pardon from Russian President Vladimir Putin after 10 years in jail, said in remarks published on Sunday that he would not go into politics or seek to regain assets of his former oil company, Yukos.In an interview with Russian magazine The New Times, Khodorkovsky said there were no conditions attached to the pardon but said he had told Putin in a letter: "I do not intend to get involved in politics and do not intend to fight for the return of (Yukos) assets."In an exclusive interview with CNN's Christiane Amanpour on Sunday, the former tycoon said there were no conditions for his release.

"Mr. Putin, on a number of times, publicly said that he was ready to consider the question of my pardoning -- but I had to say I was guilty for that," Khodorkovsky said during the interview in Berlin. "That was an unacceptable condition for me."

Once Russia's richest man, Khodorkovsky's imprisonment brought international criticism to Russia. He spectacularly fell out with Putin a decade ago and had his Yukos oil company dissolved following his arrest on fraud and tax evasion charges in 2003.

He became Putin's nemesis, a symbol of what investors say is the Kremlin's abuse of the courts for political ends - and share prices rose in Moscow on the news he would be pardoned.Putin has long singled out Khodorkovsky, who would be due for release in August, for bitter personal attacks, once saying that "a thief should sit in jail".On Thursday, he said: "He has been in jail already more than 10 years. This is a serious punishment."Saying that Khodorkovsky's mother was ill, he added: "I decided that, with these circumstances in mind, we should make a decision to pardon him."
Advertisement
Hot Opinion