Drawing on Kabbala and the Midrash, Professor Mordechai Rotenberg shows how to reinterpret your past to make a new melody of your life.

By CAROLINE FRANK
Freud and Madonna Kabbala connection
(photo credit: REUTERS)
Advertisement
If your view of Jewish psychology is a patient laying down on a comfortable couch and sharing their problems with a Rabbi, think again.Drawing on literature from Kabbala and the Midrash, Professor Mordechai Rotenberg, the world's leading expert in this field, has developed innovative theories on the philosophy of psychology and Judaism.They are Tikkun (repair), Yetzer-Yetzira (desire and creation) and his original term Shilchun (recomposition).Known as the father of Jewish psychology, the 82-year-old professor suggests rereading one's life story instead of reopening past wounds."I discovered that behind the psychology there is Christian theology and it is as simple as that," Professor Rotenberg says. 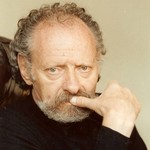 Professor Mordechai Rotenberg
"Christianity says that the original sin is biological and in psychoanalysis you go back and excavate your past and discover the guilt so you know why what you suffer today is the result of that original sin. This is a very typical process of confession and the basis of psychoanalysis is that everybody has original sin, Oedipal guilt – it is Freudian and it is something about what can be cured," Professor Rotenberg says.In Jewish psychology, this idea grows into Tikkun Olam – the concept of repairing the world and a concept psychologists such as Isaschar Eshet draw on in their psychotherapy treatments."What we see in Judaism in guilt is a precious feeling that we don’t have to ignore, we have to take it and try to understand what we did wrong and then start a process of forgiveness and sometimes to also do something good to the person we hurt," Eshet says."When man fixes things he is not just fixing himself but he is helping to repair the world through Tikkun Olam. Psychology through Judaism is all about Tikkun Olam - it means we will make peace not war, help save the world and the universe, to be good to each other, and this is what is written in one way or another in the Bible and also in the Talmud and the Mishnah," Eshet says.Professor Rotenberg agrees and says when going through the community a person is able to help himself."Jewish psychology is about looking into the future," Professor Rotenberg says. "It is community based so instead of looking into your past and what troubles you, you have to be concerned about other people. As it says in the Talmud - anybody who prays for others will be helped first." So how does it work? Through drawing on Kabbalic conceptions of recomposing, Professor Rotenberg teaches patients how to reread their own biography."You can reinterpret your past – you change the reading and the meaning of it and this is based on a biblical conception and I call this Shilchun – recomposing the past," Professor Rotenberg says. "To make from the older tunes a new melody of your life." Professor Rotenberg does this through teaching clients to take the same letters of a word and rearranging them to make a new word."It appears in the Kabbala like the word Nitukk which means separation, and I rearrange the letters and recompose and you get Tikkun – repair. Every client that comes to me, I tell him to write his problems in one sentence and I tell him to take one word like in Scrabble and rearrange the letters. He arranges it and then I show him how you can change the way you view your biography, your problems and we start from there and we start to see many traumatic experiences in his life in a new way. I show my patients that you can live with your past in a way you can live with it," Professor Rotenberg says.Another method of Jewish psychology Professor Rotenberg uses is the concept of Yetzer and Yetzira – the desire-creation model which is the basis for a unique approach to sexuality and creativity."The fact that Yetzer, evil desire, is the same letters as Yetzira which is creativity means that the evil desire, whatever it is, such as sexual passion on the physical level, can be reworked into creativity," he says."It means that the same energy can be used not for physical desires but for spiritual achievement. There's a saying in the Jewish heritage that if there wouldn't be an evil desire, a sexual desire, the world would not exist. This is the basic drive and energy for life and Kabbalists say that someone without sexual desire is like an animal. This desire is energy and you have to channel it in a wise way," Professor Rotenberg says.Eshet says through Jewish psychology he hopes to deepen his clients' religious beliefs."My version of Jewish psychology is something where I take things from Judaism and if there is evidence and research I take it and I work with it. Judaism asks all the time what did you do, if you acted in a moral way or if you did something that does not have Tikkun Olam. What I do is psychology that helps people to be also more religious as Jews," Mr Eshet says.Professor Rotenberg, however, says whether a client believes in God or not is irrelevant to his methodologies."I don't know what God wants and if a person says my belief in God is enhanced by your interpretation of psychology and Judaism, then good for you, but I can't tell you what God wants, that is up to you to decide.What differentiates me from other psychologists is that I don't preach, I teach using my own psychological model." Professor Mordechai Rotenberg has written 13 books on the practice of Jewish psychology. The Rotenberg Institute for Jewish psychology was established in Israel in 2006.